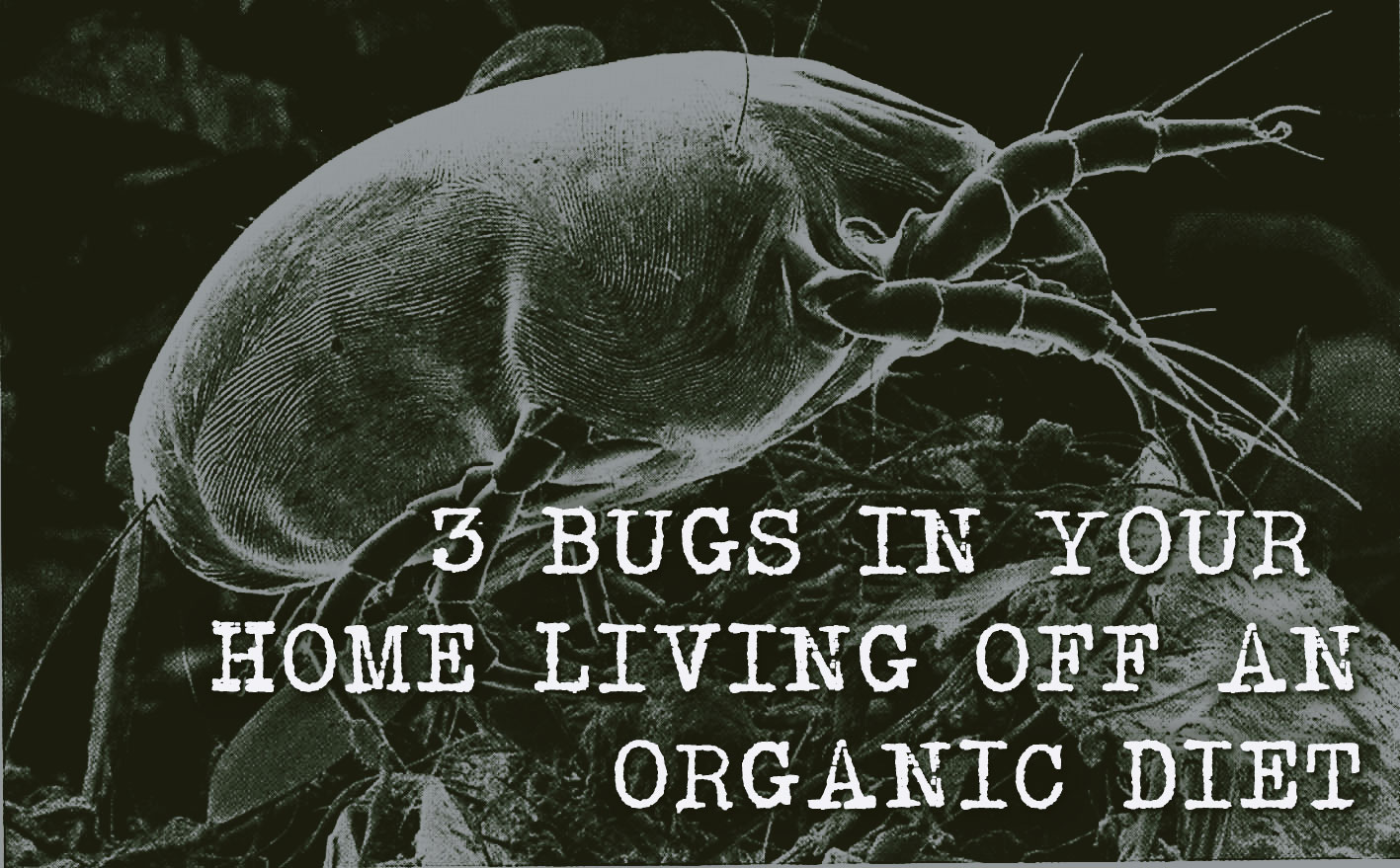 Some of the pests infesting your home have a “green diet.” It means they take their food from organic materials. Oddly enough, these diet-conscious bugs are the ones that can annoy you the most. You should be thankful that these insects are as small as they are now. Imagine asking termite control to exterminate bugs the size of a plate. You might as well transfer to a house made of steel, leaving your wooden home to its fate. The following are three bugs that consume organic matter.

These insects use cellulose for food. Cellulose is an organic matter mainly found in plants and wood. Despite being hard to digest, termites manages to do so by using various types of symbiotic protozoa like Trichonympha and microbes in its digestive system to break down the cellulose particles and absorb the nutrients it needs. Some types of termites also practice fungiculture (the process of producing food from fungi) and prefer fungi for its food. Most of their food sources include dead plant material including wood and leaf litter, soil, and animal feces. Despite being labeled as pests due to the damage it can cause to property, termites are not known as disease carriers. In fact, it’s even considered a delicacy in certain countries, particularly in Africa.

Like termites, house dust mites are considered detritivores (that is, they obtain nutrients by consuming decomposing organic material). However, it has no stomach; it has a sac or pouch called diverticulae that is diverted out of the hollow organs instead. These insects also practice fungiculture, preferring food that is partially decomposed by fungi. House dust mites live off human skin shedding and are one of the causes for asthma and various allergies due to its digestive enzymes. The average dust mite is about 0.25 to 0.3 mm in length, barely visible to the human eye. It thrives in an indoor environment, particularly in the kitchen and the bedroom. In certain circumstances, they’ll even infest your furniture and carpets, leaving you spending a fortune to hire professional carpet cleaners and furniture restorers.

Like mosquitos, bed bugs are considered as bloodsucking insects. However, these insects only drink human blood as a last resort, when there are no animals available. Although it may not be considered a nocturnal parasite, it is generally active during night time. Three things attract humans to bed bugs: the carbon dioxide we exhale, our warmth, and certain other chemicals in our body. It usually target’s a sleeping person’s face, neck, arms and other exposed skin. Bed bugs pierce the skin in such a way that it “saws” through it, while simultaneously injecting saliva that contains painkillers and anticoagulants. This produces swelling in the skin, although red spots only appear if many bugs feed on it. Like the dust mites, bed bugs are often the cause of several types of allergies. These pests are also known to be a disease vector, transmitting pathogens from one organism to another.

These are the insects that feed off organic matter. You should be thankful that these pests are tiny. You wouldn’t want to be annoyed by larger-than-life versions of these bugs (or more likely you wouldn’t want to piss them off!).