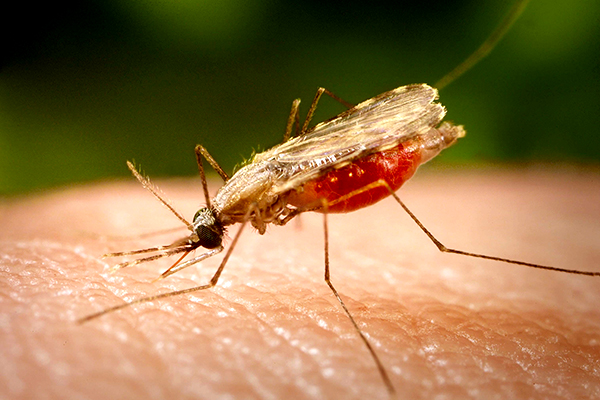 The rainy season is here again! A lot of Filipinos are preparing their houses for the incoming typhoons and a lot of us are making sure we won’t get sick during one of the hardest seasons of the year. Illnesses that are brought by the rainy season are not just colds and coughs, although these are pretty serious too. We are going to talk about the illnesses we can get from the hitchhikers of storms: flying pests that spread serious diseases.

Apart from calling the best pest control in the Philippines that you can think of, you probably need to call a couple of doctors to learn about precautions you can take to avoid these awful diseases.

Malaria is an infectious disease caused by parasitic protozoans carried by the Anopheles mosquitoes, and is transmitted to humans and animals alike. It was first discovered in the 1800’s but has existed as soon as agriculture developed 10,000 years ago. It used to be called marsh fever because it was associated with the marshlands.

It was French army doctor, Charles Louis Alphonse Laveran who first observed parasites in red blood cells—the first time a protist was observed to have caused a disease. Sir Ronald Ross, a Scottish physician, studied the life cycle of the malaria parasite and proved that the mosquito was the vector for malaria.

Symptoms of malaria include convulsions, fever and chills, respiratory problems, abnormal bleeding, jaundice, and organ dysfunction. Malaria can easily be diagnosed if the symptoms are present, but there are no laboratory signs to indicate the severity of the organ dysfunction. Once your doctor suspects that you might have malaria, follow his or her orders. There is no malaria vaccine as of the moment.

Another mosquito-borne disease occurring more in tropical countries like those in Africa, Southeast Asia, The Pacific Islands and The Caribbean is Dengue Fever. It is caused by a Flavivirus that is able to inhibit immune system response once infected.

The first recorded case of dengue fever was in China during the Jin Dynasty. It was referred to as water poisoning and was associated with flying insects. In the 15th to the 19th centuries, an epidemic spread out of Africa due to the vector A. aegypti due to the slave trade. It swept across Asia, Africa, and North America. In 1906, it was confirmed that the Aedes mosquito is responsible for transmitting dengue. After the Second World War, different strains of the disease spread to different places, one of which is the Philippines where the first reported severe case of dengue happened in 1953.

The symptoms for dengue fever usually manifests four to six days after being infected. These may include a sudden high fever, pain behind the eyes, severe headaches, joint and muscle pain, fatigue, vomiting, and skin rash. There no known antibiotics to fight dengue. The treatment is usually directed towards relieving each symptom.

It is a bacterial disease caused by Leptospira, a corkscrew-shaped pathogenic. Both animals and humans can be infected through direct contact with the urine of infected animals or a urine-contaminated environment. In the Philippines, people usually contract the infection through the floods due to strong typhoons.

The first description of Leptospirosis was made by Adof Weil in 1886, but the Leptospirosa pathogen was actually first observed in 1097. In 1908, it was confirmed as the cause of the infectious disease. In 1916, it was found to be present in rats.

Symptoms of Leptospirosis include high fever, chills, muscle pain, headaches, vomiting, skin rash, abdominal pain, and jaundice. Often people mistake these symptoms for other illnesses. It is treated with antibiotics like penicillin or doxycycline. Intravenous antibiotics are given to patients with severe leptospirosis.

We have to be very careful around dirty water during this rainy season, and be wary of the symptoms that can manifest. If you think you are infected by these illnesses, immediately go to your doctor to have treated. Stay safe and keep healthy everyone!