Unless you’re an insect lover, ‘beautiful’ might not exactly be an adjective you’d use to describe insects. In fact, many of us perceive insects to be among the ickiest and truly hair-raising creatures in this world. Because of that, we often call pest control services for various purposes: termite control, roaches and mosquitoes extermination, and the like.

But did you know that not all insects are made of pure terror? Some of them are actually really beautiful that you’ll start thinking twice before calling your most relied pest control services. 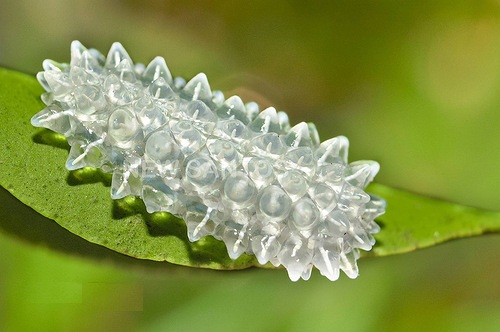 Jewel caterpillars, found in Cancun, Mexico, are among the most mysterious caterpillars that have ever existed because they look like expensive jewel-encrusted brooch. These spikes, apparently gelatinous, are said to serve as its defense. In one study, a jewel caterpillar was put in a petri dish with ants as its predator. They later found that these spikes can break off easily, and ants that bit the caterpillar got temporarily stuck. What made this more mysterious and surprising is that its gelatinous coat has no toxic chemicals in it.

What’s more surprising is that once it has finished its metamorphosis, it turns into a striking furry and orange moth. 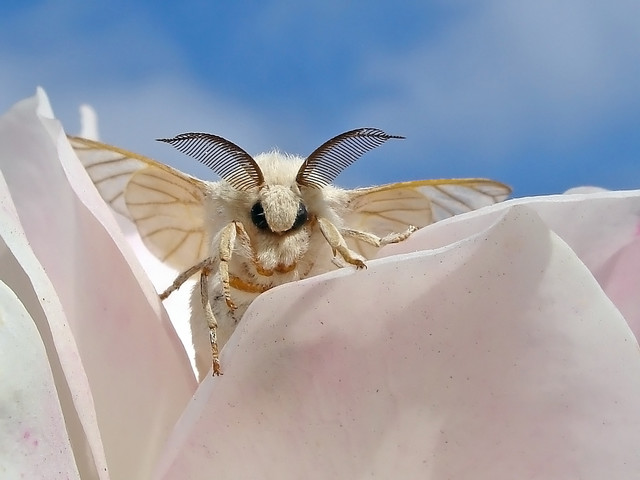 Odds are that you’ve seen photos of these insects online before, but had no idea that they were actually the adult version of silkworms. These pokemon-looking insects lose their ability to fly as they go through the adult phase of their cycle when domesticated despite their wings. They have a wingspan of 3-5 centimeters (1.2 – 2 inches). Both males and females share the same appearance: white and hairy, although female silkmoths are two to three times bigger than male silkmoths.

Unfortunately, adult silkmoths are unable to eat because they do not have mouths – leaving them to live off their stored fat for the remainder of their lives. 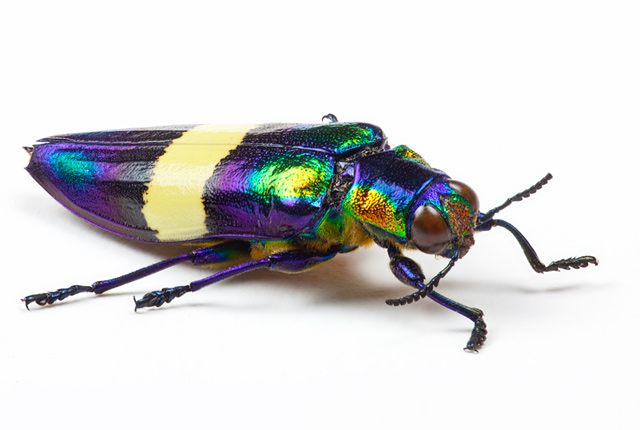 The Jewel Beetle, also called “buprestidae”, is one of the most colorful insects in the world with its beautiful glossy and colorful coat. Female jewel beetles lay its eggs in dead branches to keep it safe from predators. These insects, often found in Thailand, only grow to a maximum of 40 millimeter. 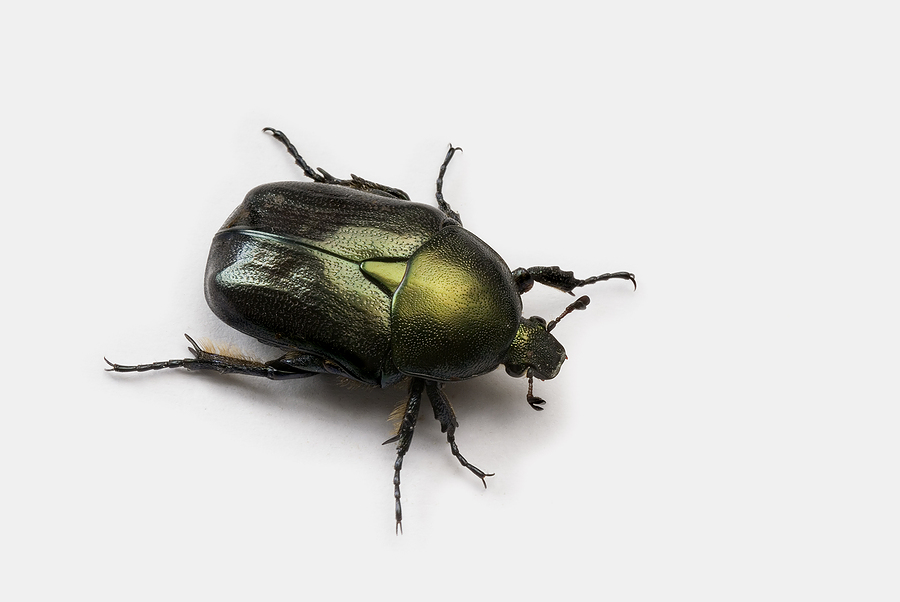 This kind of beetles have an appearance that must have come from gemstones or stardusts because of their radiant colors. Flower beetles are found in the Afrotropical regions such as the Democratic Republic of Congo, Uganda, Tanzania, Ivory Coast, Ghana, and Togo. They are popular as pets because of their breathtaking green, red, or purple colors. They are also easy to breed and develop fast for a beetle. 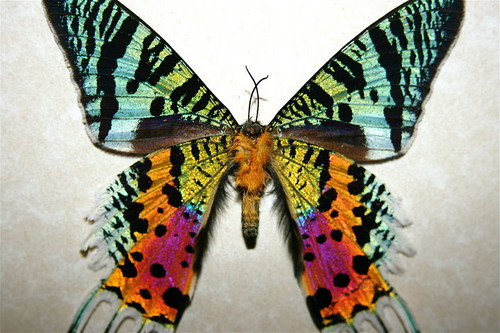 The Madagascan sunset moth is a member of the Uraniidae family, a moth family famous for their bright colors to warn predators of their high toxicity. Its wingspan ranges from -9 centimeters, although some of them have wingspans of up to 11 centimeters. Due to their colorful appearance, they are often mistaken as butterflies.

Because of its appearance, the native Malagasy people named these moths Adriandolo or Lolonandriana, which translates to “noble butterfly”, “noble spirit”, “king butterfly”, or “king spirit”.

Like we’ve told you, not all insects are products of everyone’s nightmares. Should these beautiful creatures ever visit your home, consider yourself lucky, as long as they don’t do harm. Just because they’re pretty doesn’t mean you should let them get away with stealing your food or allow them to destroy your things!