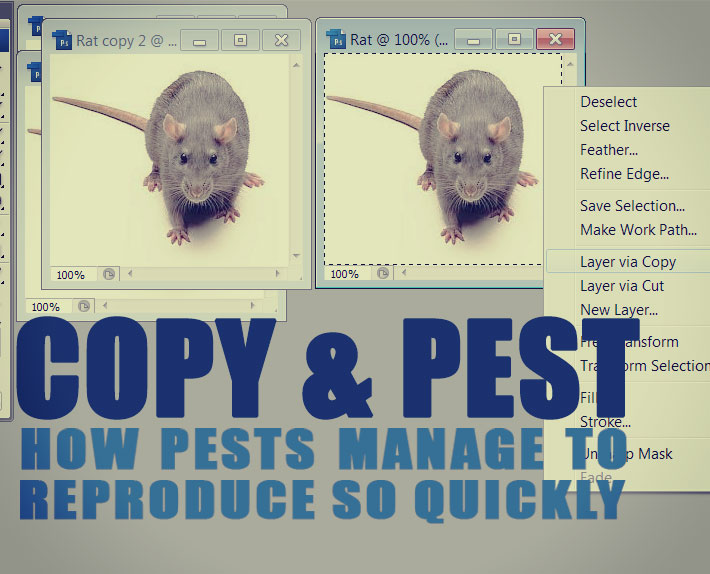 You just can’t understand it. One minute you’re sweeping off the remains of one little pest, thoroughly disgusted but also slightly proud that you’ve gotten rid of the little bugger that bothered you, and the next minute you’re staring at yet ANOTHER of its kind. HOW ON EARTH ARE THEY REPRODUCING SO QUICKLY?

Before things get really bad, you’d better call pest control to keep their numbers from growing. But if you’re still curious, we’d love to shed a little light on the matter.

Roaches get reaaaally busy. An average momma roach can reproduce up to a million eggs in her lifetime! Yes, a million! In case you’re not good in math, trust us, that’s a lot.

How does she do it? Well, she’s hard-wired to. It’s really the only purpose of life she knows she has, so why not do it well? She doesn’t even feed her kids; she just lays them, leaves them to hatch from their eggs, and live a life on their own. It’s like if a human mother were to give birth to an 18-year-old. A bunch of them. All in one go. Who’d want to stick around for that?

From we were children, our Science lessons taught us that all ants came from a queen, and that—well, colony was one of the words we always heard. We didn’t really listen much then. So we bet you didn’t you know that queen ants mate with the males of her colony only once in her lifetime. Why? Because right after mating, the males die.

What happens is that she stores the male’s sperms in a special organ in her system and chooses to inject her eggs with them sooner. See, lady queen ant can fertilize an egg if she wants it to hatch a female, while if she doesn’t, the ant that hatches becomes a male. Males normally become soldiers for the colony or future mates for the queen. Females, on the other hand, become colony workers or the new queen.

Now these are easy critters to breed. Why? Because lady rats are ready to mate already five weeks into living, and they go in heat every four to five days all year long! They’re in heat pretty much all night, which means if you don’t keep an eye on them, your lady and sir rats must be doing it. They don’t even care if they don’t know each other that well. They’re a ‘love the one you’re with’ kind of species.

Rats are generally good mothers, so their children do survive until adulthood. And we say “generally” because there’s the small risk that the mother will, well, eat their young. You’re not evil but you wish this were the general case, don’t you? Admit it.