It’s official, the Ber months have officially started and Fall is here. Expect a rise in numbers for insects and creepy crawlies alike. You can sure they are celebrating right now and making plans to invade your homes to scout for some food and hidden territory. You should be fine if you have insect-eating birds living in the area.

With these flying beauties around, termite control won’t be that big of a problem anymore because they’ll be having those critters for lunch. Fly up into the sky and let us introduce you to five of North America’s insect-eating birds. 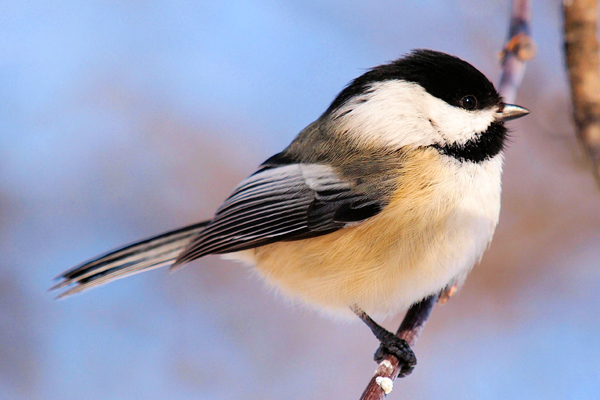 Chickadees are among the most common birds you can see across the United States. There are three types of this bird namely – the Black-capped, the Carolina, and the Mountain chickadees. These birds are universally considered to be cute due to its having a round sized head that is bigger than its body. As these birds are naturally curious to their surroundings, they are easily found near feeding stations and are attracted to small boxes with wood shavings and will make it as their own nesting area. The Chickadee’s favorite snacks are beetles and caterpillars, flies and wasps. 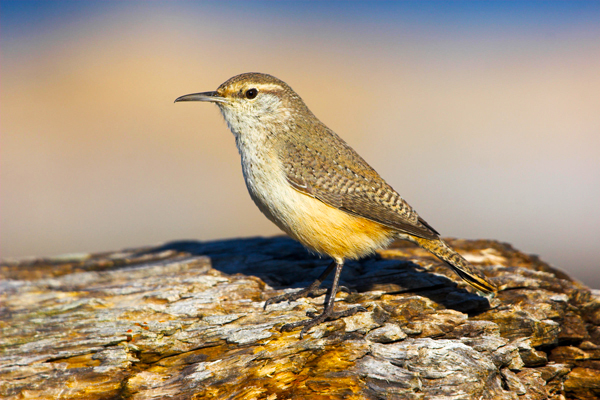 Wrens are common backyard birds you will find flying over shrubberies and tree branches. They often prey on vulnerable insects like ants, millipedes, beetles and grasshoppers. Like the chickadees, wrens are prone to stay in areas that they think are suitable for nesting. After coming back from their winter migration, they will return to the same nesting area if it was left untouched. 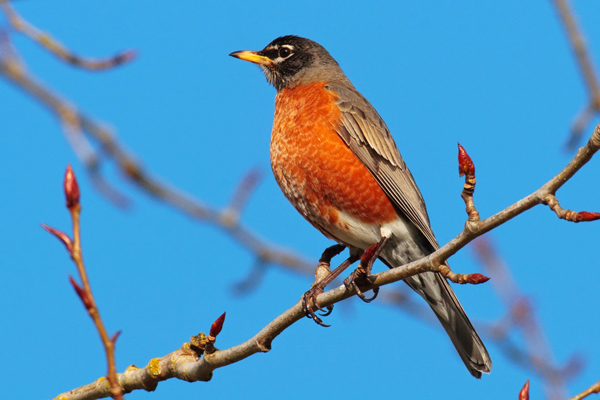 The American Robin is mostly found in North America and is particularly attracted to over grown shrubberies and large trees. Their natural habitats are likely in parks and gardens even in golf courses and open fields. Robins eat a wide variety of insects and fruits are mostly seen tugging earthworms off grounds. Robins are known for their majestic orange breast with a white patch on the lower section and grayish-brown feathers. You may have heard or read about them in the Hunger Games, but no, they are not associated with Katniss Everdeen. Mockingbirds acquired their name because of their ability to mimic the call of other birds. Northern Mockingbirds are gray in color with two white wing bars on their wings. They can be quite aggressive if there are other birds flying over their territory and prey mostly on grasshoppers, beetles and tree ants. 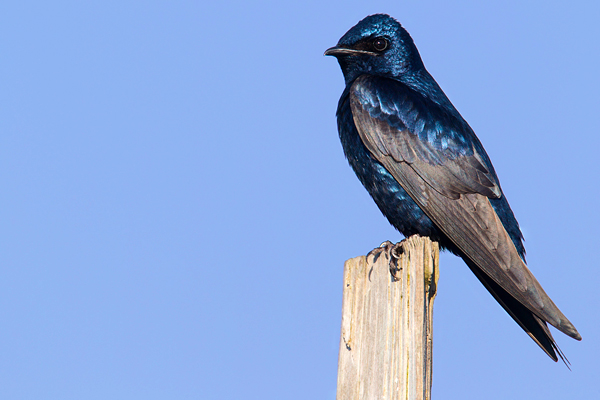 Purple Martins are your typical social birds and share breeding sites with other martins. These birds are larger than the average swallow and feed only on flying insects and fire ants. You’ll be seeing them zooming around the highest perch of trees but during the evening, they hunt in lower grounds or near their nesting area.

If you have these birds near you, they are sure to be of great help in lessening pests near your home. Maintaining your garden won’t be a chore anymore because of the perfect pest control you can ever have— insect eating birds.

We were taught in school that birds feed on worms, but did you know that some species actually snack on insects? Some of these birds can even help out with termite control. Indeed, they are truly useful in balancing out the food chain. 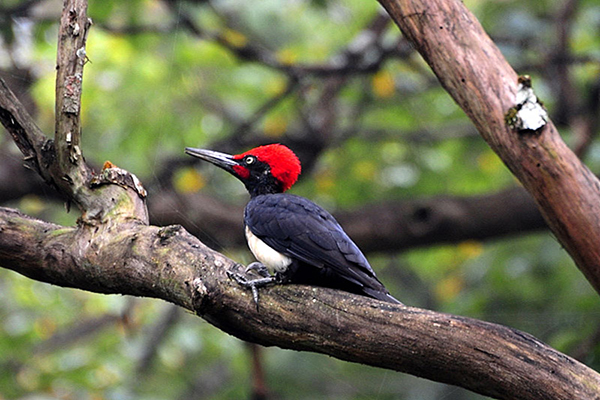 The White-bellied Woodpecker (Drycopus javensis) is a bird found in the tropical forests of Asia, particularly in evergreen areas of the Southeast. It is known for the noticeable white area on its belly, hence the name. These birds are considered to be one of the largest of their kind and also one of the most dominant in terms of population. They breed on dead tree barks and feed mainly on insects such as ants and grubs that live under barks. During the breeding season and during meal time, they make drumming sounds. These birds make a distinct “kuk” sound before flying off. 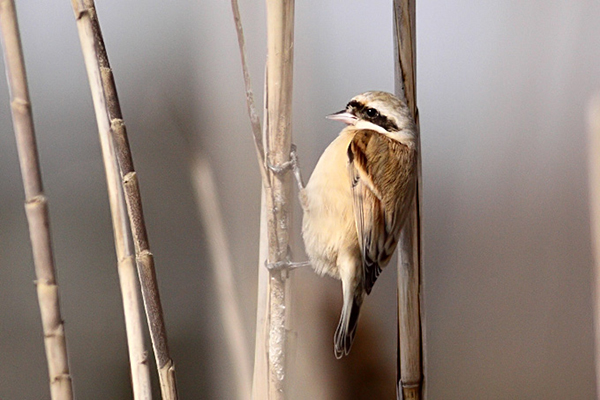 The Chinese Penduline Tit (Remiz consobrinus) is a species of the Remizidae family. They can be found in Japan, North and South Korea, China (particularly in Hong Kong), and Russia. Among its favorite food are caterpillars and small invertebrates. They are relatively small in size and light brown in color. 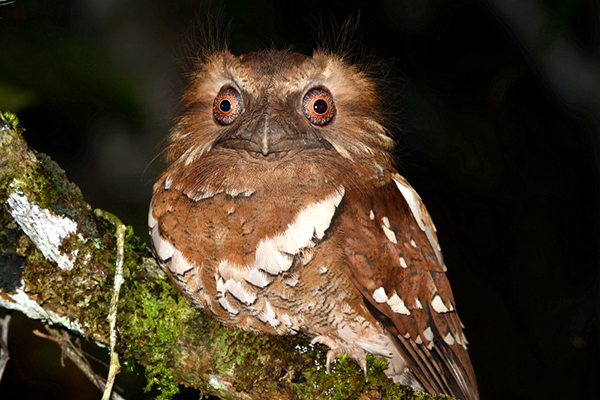 The Philippines is known for its diverse nature and wildlife. Among the wonders living in our country is the Philippine Frogmouth (Batrachostomus septimus). This nocturnal bird lives in lowland forests and survives by eating different insects such as beetles, cicadas, grasshoppers, and crickets. They have soft, downy feathers held together by moss and lichens. 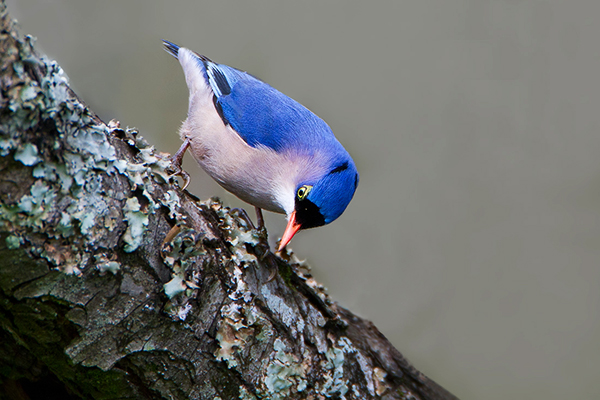 The Velvet-fronted Nuthatch (Sitta frontalis) is a small bird belonging to the Sittidae family. It can be found in South Asia, particularly in Sri Lanka, Pakistan and India; these can also be sighted in Indonesia and China. Evergreen forests are their primary habitat and they can actually climb down trees! They feed on spiders and other invertebrates, often feeding in flocks. Despite their small size, their beaks are strong and they can easily be identified by their lavender cheeks and red bills. The Velvet-fronted Nuthatch are noisy birds as they always sing loud songs. 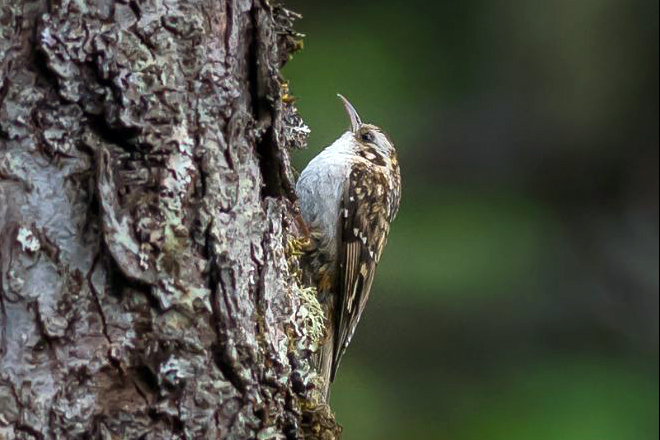 A certain type of passerine bird lives in the Himalayas: the Hodgson’s Treecreeper (Certhia hodgsoni). Aside from Nepal, this bird can also be found in China, Myanmar, Bhutan, India, and Pakistan. Like the Velvet-fronted Nuthatch, this bird also uses its voice but this time for calling out to its relatives and signal for flight. They typically feed on arthropods and live mostly in temperate climates in coniferous woodlands. 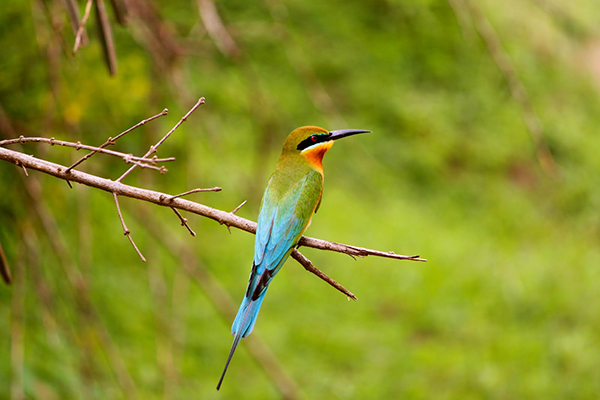 The Blue-tailed Bee-eater (Merops philippinus) is a species belonging to the family Meropidae. They are migratory birds commonly seen in India. Their bodies are richly-colored, with the hues of their tails being their most prominent feature. They live in farmlands and rice fields. They munch on hornets, dragonflies and of course, bees. These birds prefer to be near large bodies of water and sandy banks.

There you have it, six of the most common insect eating birds in Asia. Stay tuned for the next installment of insect-eating bird adventures!