You would think that zombies and mind control are a thing of fiction but you’d be surprised to know that there are parasites that take over the minds of their hosts to guarantee their own survival. It would seem that even insects have their own pest problems and will need to hire their own pest control. Here are some of the sneaky creatures who are known masters of manipulation. 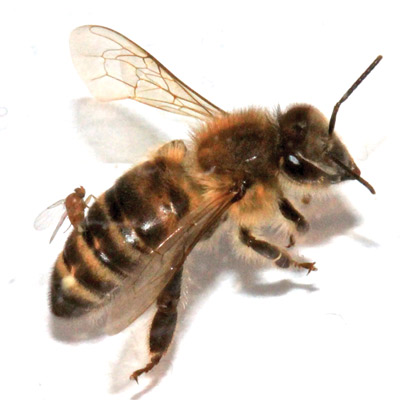 The fly called Apocephalus borealis is a parasite that targets honeybees as their host. They lay their eggs inside the bodies of bee workers. The infected bee then abandons its colony. An indication of an infected bee is that its sensitivity to light which is similar to a moth’s behavior of being attracted and heading towards it. The bee dies a few weeks later when the larvae hatches and bursts from its head. 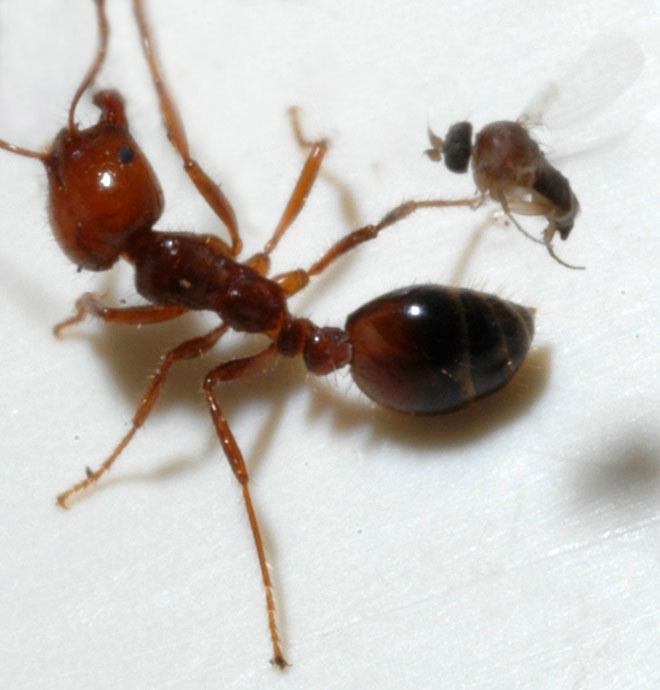 Another parasitic fly who is a master mind-controller is the Pseudacteonlitoralis. This fly particularly targets fire ants. It lays an egg inside the ant and when it hatches, the larva makes its way to the ant’s brain and eats it. In this particular scene, the ant does not leave its colony unlike the infected honeybee. Even when the larva has wholly eaten the ant’s brain, the ant still continues to work and behave naturally amongst other ants in the colony. As the larva matures, the fly then breaks out of the ant’s head. 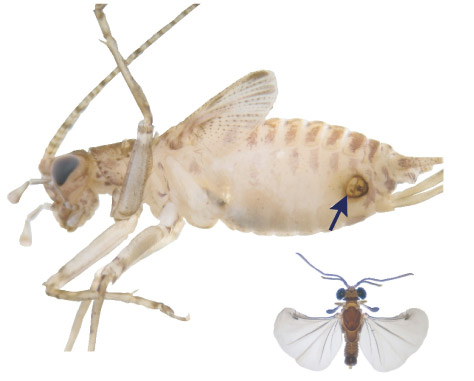 Strepsiptera Myrmecolacidae females makes holes through a grasshoper’s abdomen and makes herself a sac that is similar to a kangaroo pouch. When living inside the abdomen of a grasshopper isn’t weird enough, the Strepsiptera insect has her head stuck out of the abdomen and releases pheromones for attracting a suitable mate. And in the case of male Strepsiptera insects, they live inside of ants. As the male Strepsiptera matures, the infected ant leaves the colony and manipulates the ant to dangle on a leaf blade as it breaks out of the ant and flies off as a winged-adult Mymecolacidae.

Digging Your Own Grave 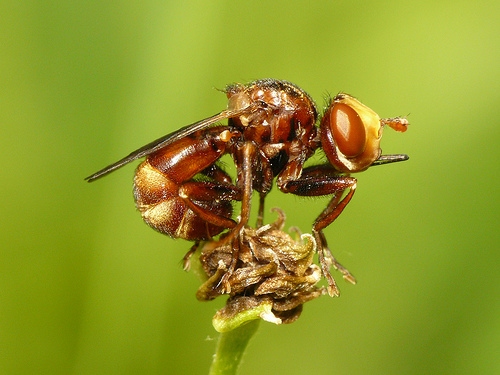 The Conopid fly victimizes a number of insects but they are more common to go after bumblebees. The conopid flies on top of a bumblebee and injects its egg at the bee’s back. As the egg hatches, the larva then sustains itself from the bumblebee, eating the bee’s insides and internal organs. The larvae having eaten its way around the bee in a span of 10 days, it eventually forces the bee to bury itself on the ground as a means of added protection for the larvae until it matures into an adult Conopid fly and leaves the bee husk. 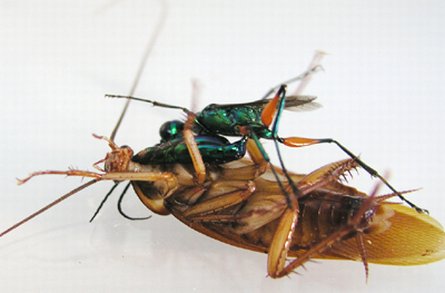 It would seem there’s an insect that is probably worse than a cockroach. The Emerald Cockroach Wasp (when fertilized) finds a cockroach and injects it with toxin that enables her to control it. Brainwashed and controlled, the zombified cockroach is then led back to its burrow and the wasp will lay her eggs on the victim’s abdomen. The cockroach will serve as a nursery and food for her larvae for several days.

How bizarre and crazy can Mother Nature get, right? Imagine Body Snatchers or Invasion happening in real life! This is definitely nature’s way of balancing the ecological system, no matter how strange it may be.