You may panic at the first sight of termite footprint in your home, or sob at the first flight of a roach from wall to wall. And it’s because you just know what’s coming next: a bug frat party in your home—unless it’s happening now and you’re not invited. No, you can’t deal with that; you know you just have to call for pest control services to save the day.

If you thought the bugs you’re living with are as awful as they can get, then you must know nothing about the other versions of them. Why is that, you ask? Because these versions of your average household pest are not only annoying, they are also potentially dangerous! Presenting the world’s meanest bugs you should definitely, assuredly, undoubtedly leave alone… 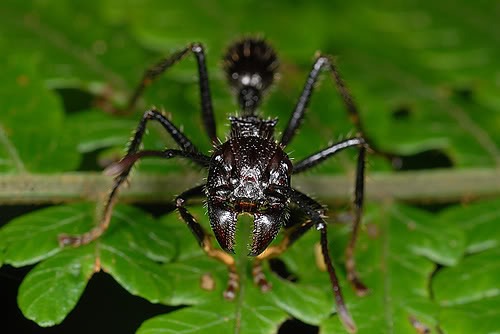 The Bullet Ant is not your usual kitchen pal, SO BE THANKFUL. Living up trees or under burrows in countries like Paraguay and Nicaragua, you’d think this inch-long ant stays happily in its high-rise condo or underground palace. Seems you’re safe, but you’re not! When it falls from a tree in an attempt to attack, it shrieks—as in a piercing cry, yes—before it stings like a bullet—as in a fired ammunition. Ultimately, that sharp cry and freaky mandibles are no empty threat. The Bullet Ant only really preys on plants and insects but that doesn’t mean it wouldn’t want to take a big bite of your skin if given the chance. 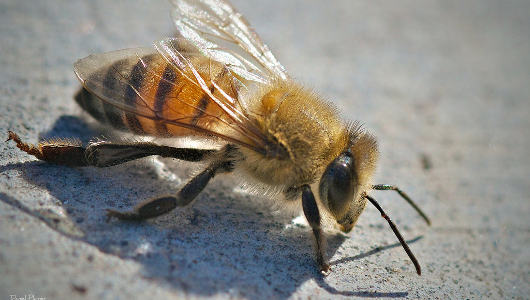 If a single ordinary bee sends you running with flailing arms like a madman, an Africanized Bee will cause that and more. If you come across one, that ill-tempered bee (aptly dubbed as killer bees) will not only attack you by itself, but will call on its entire colony to scare, sting, and snap you to your grave. And why, you ask? What did you do to them? How can you forget? You walked past their hive, that’s what. Now that you remember, never do it again—in your next life. 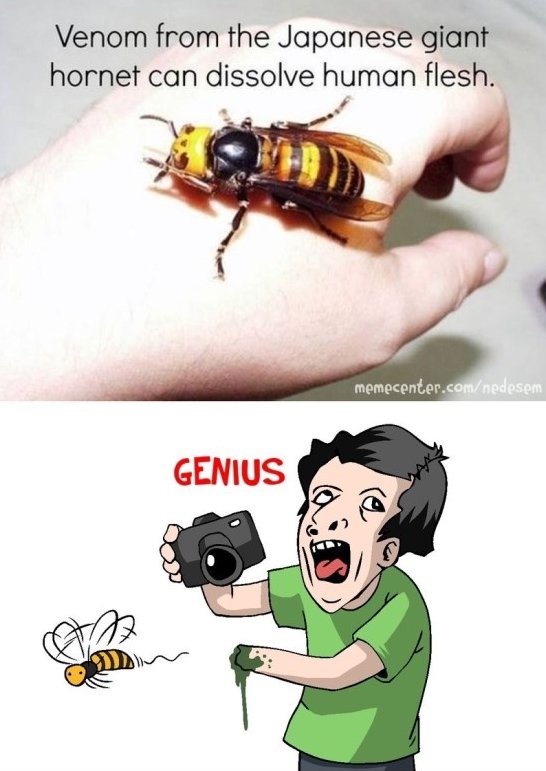 If hell doesn’t scare you, then its favorite spawn is bound to do the work. The Japanese Giant Hornet did not gain it’s awful reputation just because of its 2-inch body and 3-inch wingspan, as its punch is as formidable as its size. Imagine that one of it can rip the heads and limbs of as much as 40 innocent bees. Now you think, “Okay, bees. Big deal.” Yes it’s a big deal! See ,Japanese giant hornets do attack humans. And when they do, a single sting not only hurts like—you guessed it—hell, it also dissolves human tissue. As in the tissue of your body. So although it usually feasts on bees, praying mantises and other insects, mess with a hornet from hell and the whole nest might just send you to the pits of its hometown. 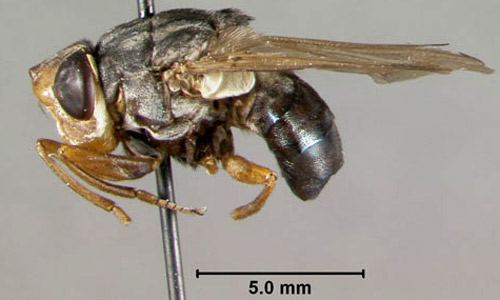 The Human Botfly exists to wreak havoc from under the skin, even if it’s originally a creature of the wild. As an egg, it latches onto the hairs of a tick, a mosquito, or another fly, which then lands on human skin and leaves the egg behind. The warmth of your skin excites the egg enough to hatch, and remains residence under your epidermis until your precious pores begin to blister and hurt. You think the big red painful dot that surfaced on your arm last summer’s a pimple? Better check again with your doc. Now, why is the Human Botfly one of the meanest again? Simply because momma botfly leaves her babies, of mere eggs, just anywhere. Imagine. It isn’t even the egg’s fault, it only wants to live. It’s all on momma botfly’s conscience. Not to mention they live rent-free in your skin. Talk about mean!

Are there other big ‘ol meanies that you think should be in this list? Tell us on the comments section below!