One of mankind’s most common fears are spiders. Of course, there’s a reasonable explanation behind it. They’re odd crawlers that come up to your shirt unknowingly, ready to spring a surprise by moving up to your face. But there’s also one other thing that makes spiders sinister: they can be lethal.

Now, not all spiders are lethal; even your pest control services knows that. But there are some spiders whose venom can you send you to convulsions, or worse, to death. It’s important that we familiarize ourselves with these lethal eight-legged creeps to know which ones we can shoo off, and those we can probably live with. 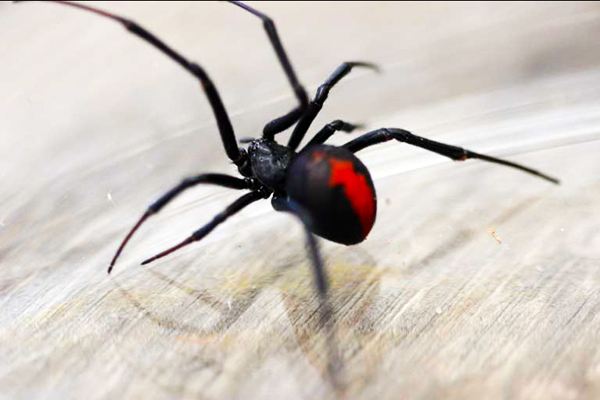 This Aussie arachnid is a member of the genus Latrodectus, commonly known as the widow spiders. Female red-back spiders have a distinct red or orange stripe on their upper abdomen and an hourglass-shaped red or orange mark on the underside of their abdomen. Male red-backs are light brown with a white marking on their upper abdomen and a pale hourglass mark on the underside. These spiders are mostly nocturnal and prefer warm and sheltered places like logs, sheds, or anywhere near humans.

Females can grow up to 15 mm long while males can only go up to 5 mm long. Females are also the only one capable of harm since male red-backs have such short fangs they couldn’t penetrate the human skin. Their diet mostly consists of insects caught in their webs as well as young snakes, frogs, and mice. Funnel-web spiders got their name from the funnel-shaped webs they build. Size-wise, males are lighter than females. Both are covered with a hard and glossy carapace with thinly distributed hair.

Because of their fang size, the Funnel-web spider’s bite will be very painful and  bleed. Symptoms usually occur minutes after the bite and will get rapidly get worse from there and include sweating, a tingling sensation around the mouth and tongue, salivation, twitching, watery eye, and elevated heart rate and blood pressure. 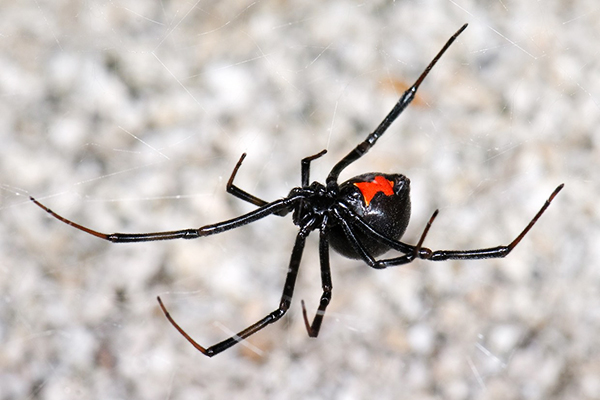 Like the Red-back spiders, the Black Widow spiders are members of genus Latrodectus. Its defining feature is a red hourglass mark on the underside of its abdomen, and a shiny black body. They are mostly found in North America and considered to be the most dangerous spider in the region.

Black Widows can be found in dark areas like  garages, basements and woodpiles. They are nocturnal; however, they spin their webs during the day. They usually hang upside down in their web, showing the red mark on their abdomen as a warning to other insects and animals.

You won’t feel much pain when  bitten, just a pinprick sensation but fifteen minutes to an hour, you wills start to feel pain in the area where you were bitten. It will be a dull muscle cramp that spreads from that area to the rest of your body. The symptoms that follow are difficulty in breathing, extreme muscle cramps, sweating, salivation, high blood pressure, and vomiting, among others. 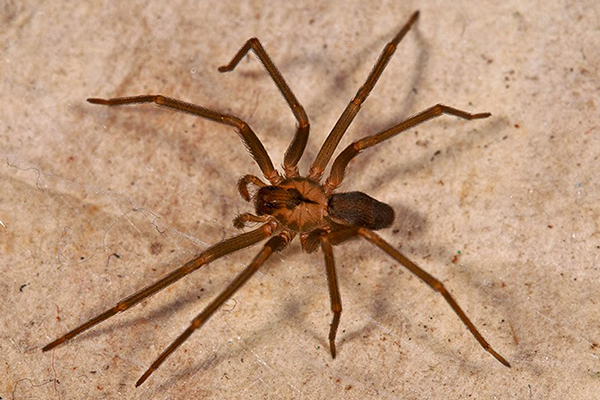 Native to the South and Central United States, the Brown Recluse Spider is famous for their appearance. Also called Fiddleback spiders, the distinct violin-like markings on their cephalothorax are what make these spiders famous. Another distinguishing physical characteristic are their eyes. While most spiders have eight, the Brown Recluse has only six,  arranged in two lateral pairs.

The Brown Recluse is extremely poisonous, but because only a small amount of venom is injected when bitten, they account for just a few spider bite cases. Their venom is toxic to cells and tissues that can lead to necrosis or tissue death. The venom can also affect the immune system in a way that the inflammatory agents that combat diseases may do more harm than good.

If bitten by any of these poisonous spiders, immediately seek medical attention. Remember, most spiders are harmless to humans but it is best to be aware on which ones are harmful and always be on the lookout for them.