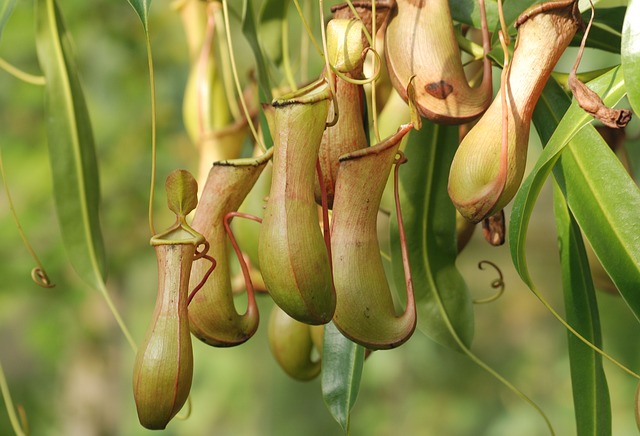 It seems evolution does have its quirks. You’d think plants thrive only on water, sun and air but actually, there are plants that include pests in their diet. These are what we call carnivorous or insectivorous plants. They have adapted to environments that provide them with low nutrient concentrations. This is probably why these plants thrive in fens and bogs because they get to be exposed to an abundance of sunshine and water, even if they’re in low nutrient environments. Their main strategy is to attract and capture prey, something that we usually observe in animals.

Let’s check out some of nature’s very own pest control services. 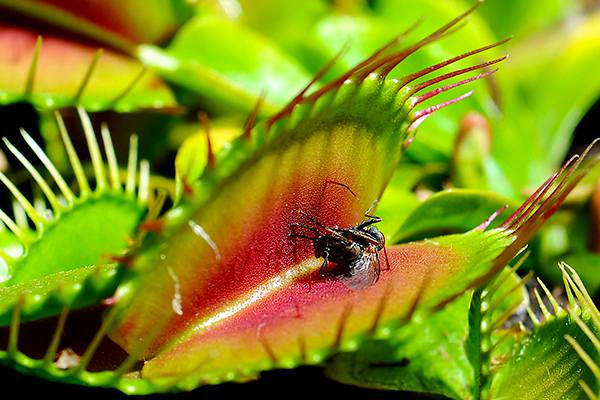 The speed with which the Venus Flytrap captures various insects and arachnids has baffled biologists since Charles Darwin’s time. There was a theory the movement of water within the plant is what allows it to move its jaws fast, but this was recently scrapped, and the search for a biologically and physically possible explanation continues.

Once an insect is drawn into one of the traps and touches more than one sensitive hair, the trap will snap. If the insect struggles to get out, more of the hair outgrowths get triggered, and trap will tighten its grip even more while releasing digestive enzymes. 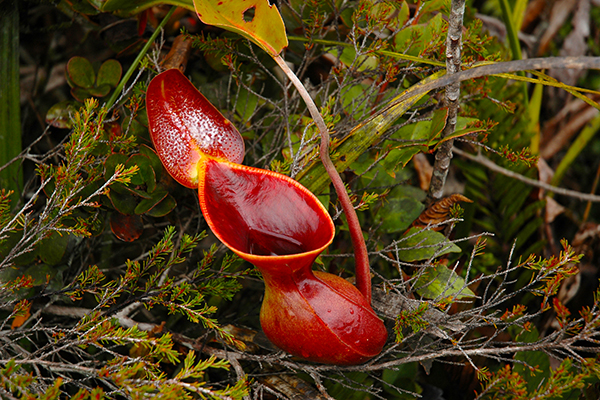 Found mostly in the subtropical regions of Asia, the Nepenthes is a genus of pitcher plants that has more than 110 species diverse in size, shape, and color. The Nepenthes has modified leaves that form a pitfall trap or deep cavity filled with liquid where prey is captured. To attract insects, it secretes a kind of sugary nectar on the rims of the pitcher cavity. Once an unwary insect follows this sweet aroma on the rim, they will almost immediately slip into the pitcher.

Within the cavity, waxy crystals make it hard for insects to climb back up. The pitcher will then secrete another fluid, this time digestive enzymes to dissolve the insect in order for them to extract and absorb the nutrients. 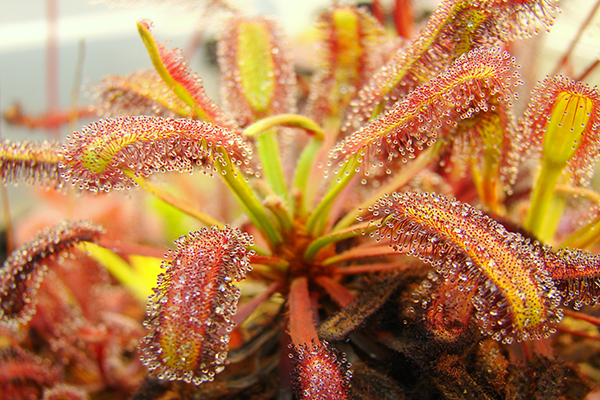 Commonly known as Sundews, the genus Drosera is a plant with at least 194 species and can be found on every continent except for Antarctica. Like the Venus Flytrap, Sundews are also notorious for capturing their prey at jaw-dropping speeds. They make use of their mucilage-covered tentacles to curl around their prey. Mucilage is a thick, gooey, glue-like substance that “sticks” the insect to the tentacle, making it impossible for them to escape. If the prey tries to struggle, it will only prompt the Sundew to speed up the process.

The Sundew got its name from sticky drops at the end of each tentacle that closely resembles morning dew on plants. It is called a flypaper trap because of the  unique way it ensnares its prey. Sundews make use of another set of tentacles— longer and touch sensitive—to snap forward and throw the insect with great force into flypaper like traps where the sticky tentacles can move it for digestion.

These hungry plants are just some of the numerous carnivorous plants seen around the world. There are other varieties such as Lobster Pot or Bladder Traps. Now… isn’t Mother Nature cool?