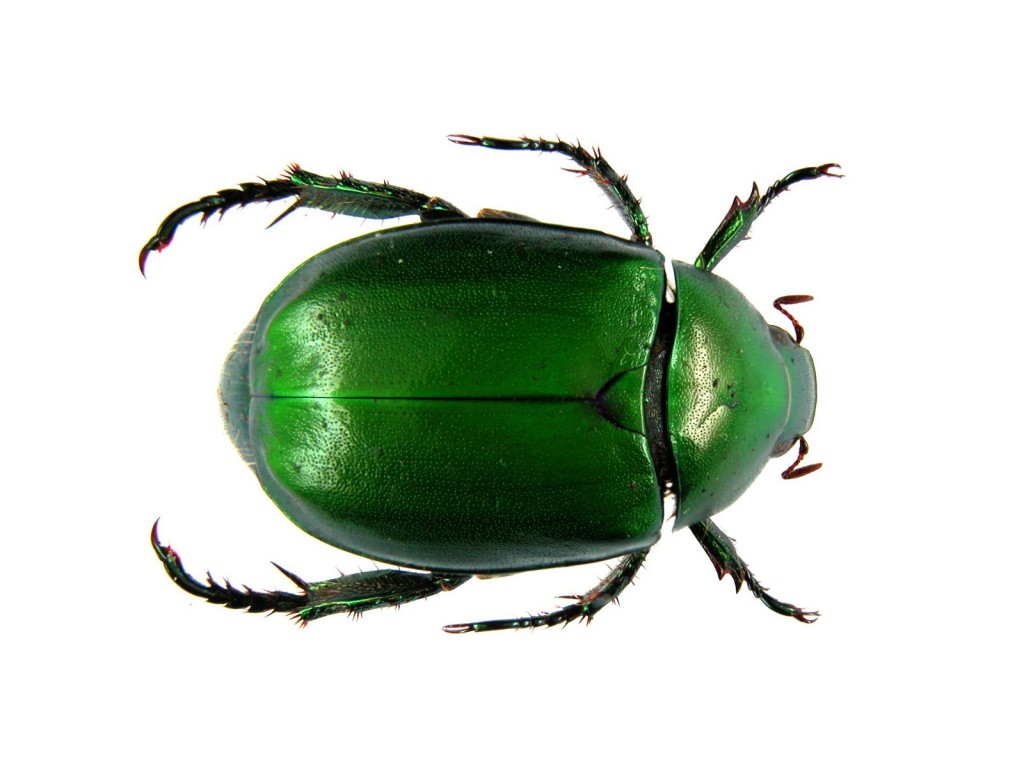 While most of us and our pest control buddies find dung beetles appalling (due to their affinity with poop) and useless, Ancient Egyptians think otherwise. How, you might ask?  Why, they use them. . . 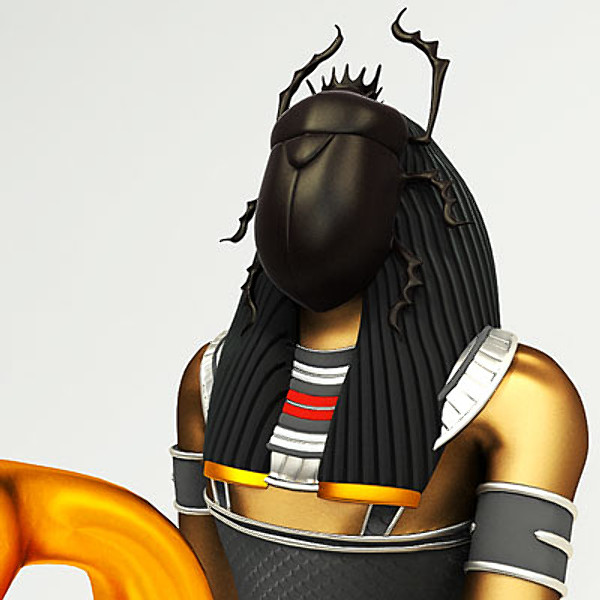 Egyptians back then regard the scarab beetle as a symbol for Khepri, the early morning manifestation of their sun god Ra, due to an analogy between the deity’s task to roll the sun across the sky and the insects’ tendency to roll a ball of dung across the ground.

Ancient Egyptians also believe that the bugs represent Atum, a god capable of begetting children without a mate. This is due to an observation they made wherein young scarab beetles came out of a ball of dung, leading them to mistakenly conclude that females are capable of reproducing without their male.

By the end of the First Intermediate Period, scarab artifacts had become extremely common throughout Ancient Egypt, replacing cylinder and circular button seals with simpler geometric scarab designs. Scarabs were also often engraved with the names of pharaohs and other royal persons. In the Middle Kingdom, scarabs were even engraved with the names and titles of other important people, as well as used in official seals.

However, during the era of the New Kingdom, the practice of engraving names and titles on scarabs became rarer, although using it to symbolize their gods still remain popular. 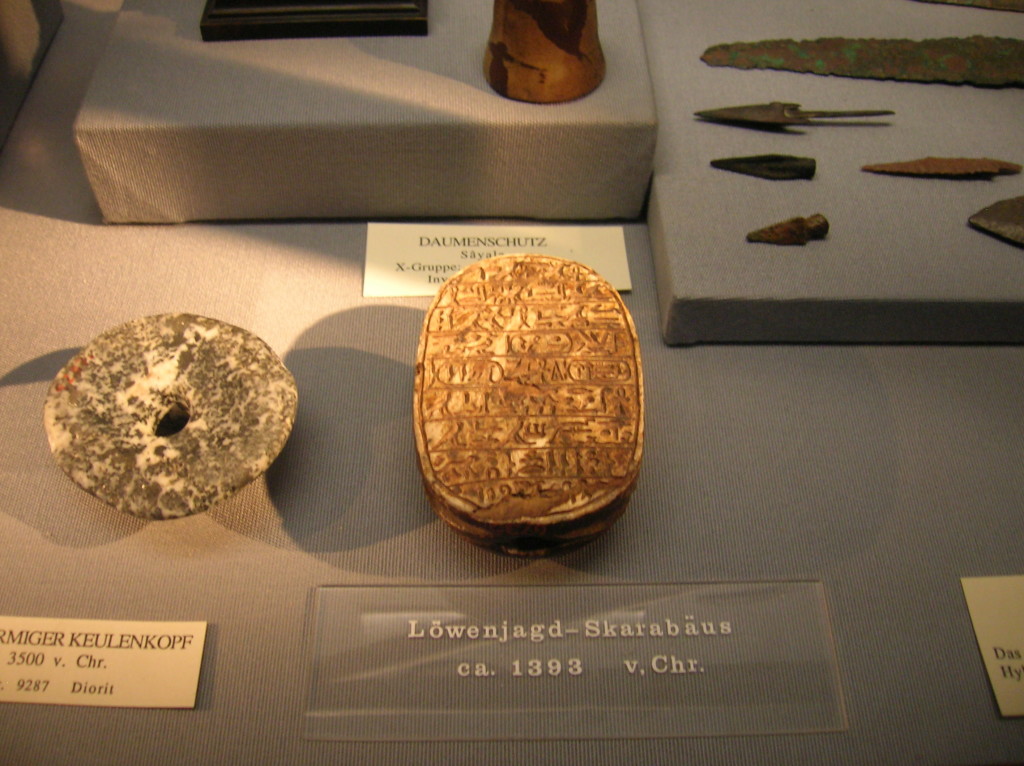 Scarab beetles were also used for commemorative purposes.  For example, the pharaoh Amenhotep III is famous for having commemorative scarab beetles designed, personally making sure that each are beautifully crafted as well as inscribed with writings describing significant events of his reign. Each scarab is relatively large at 3.5 cm to 10 cm long, and each is made of steatite. This practice would be revived centuries after Amenhotep, when Kushite pharaoh Shabaka of the Twenty-fifth Dynasty had large scarabs made to celebrate his victories.

Though scarabs are seldom used for funeral purposes, there are still three known types of scarab beetle artifacts used just for that occasion: heart scarabs, pectoral scarabs and naturalistic scarabs. 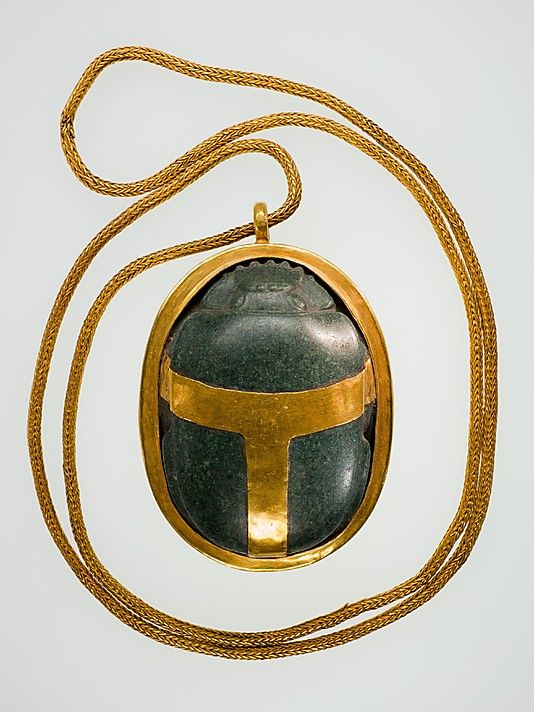 Heart scarabs became popular during the period of the New kingdom. Typically 4 to 12 cm long, these artifacts are made of green and black stone and are inscribed at the base with hieroglyphs that name the deceased and a few lines of spells from the Egyptian Book of the Dead. According to Ancient Egyptian beliefs, this spell commands the deceased person’s heart not to testify against its owner during judgment from the gods of the underworld.

From the Twenty-fifth Dynasty onwards, however, heart scarabs fell out of fashion. In its stead, large yet relatively flat, un-inscribed pectoral scarabs were made. Holes are drilled on the scarabs’ edges, before the artifacts are sewn onto the chests of mummies and pared with a set of outstretched wings made from faience and glazed with a bright blue.

Then there are the naturalistic scarabs. Relatively smaller than its contemporaries, these bugs are made from different types of hardstones and faience. It’s also different from other scarab artifacts due to its “3D” carved base, which happen to include an integral suspension loop running width-wise. These artifacts are typically used as batteries for amulets that protect mummies during the Late Period.

And the best thing is these are just two uses Ancient Egyptians had for scarabs. Yes, they have other purposes for it! 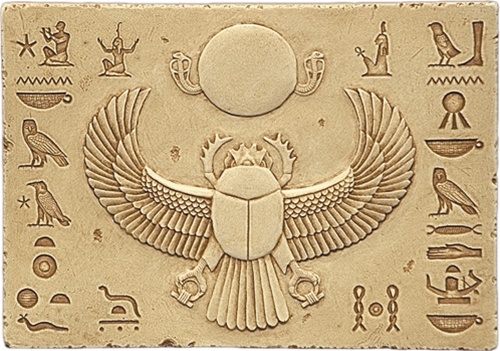 Despite itself, scarb beetles are actually very fascinating creatures. And they’re not all that bad; they actually have many good uses in modern times! So instead of leading a vendetta on these harmless insects, better invest your time and resources on more annoying pests.