When we were little, our mischievous selves enjoyed playing with frogs in our backyard or front lawn, especially when it is raining. Some of us may have also kept them as pets, gave them names, and placed them in jars. Weird as it seems, some of us may have even treated them as family.

Despite their ‘cuteness’ for some and usefulness for insect and termite control, did you know that certain frogs are deadly? There are species of this amphibian that are toxic and should never be played with or touched. Keep your eyes peeled for these beautiful yet poisonous frogs that could harm you! 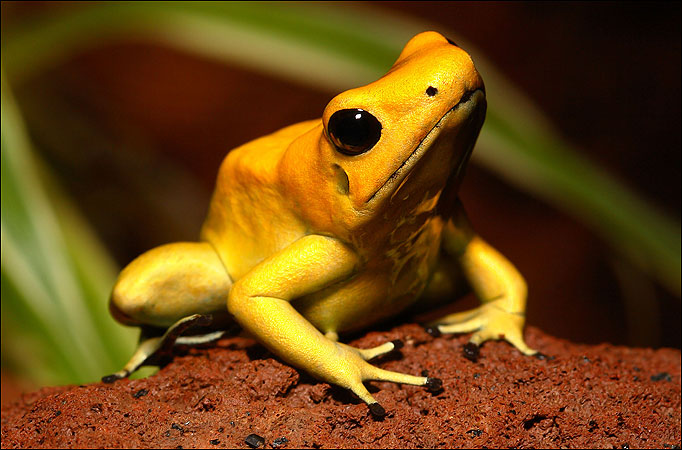 The Golden Poison Dart Frog (Phyllobates terribilis) uses its poison mainly for self-defense. The poison, called the batrachotoxin, is so intense that it can kill 10 grown men within seconds! It can cause paralysis and death when it enters the bloodstream. This frog species has a distinct bright yellow color. In 1978, local people used this frog’s poison for hunting by dipping the tip of their darts in it, hence its name. It is considered to be the deadliest of its kind! 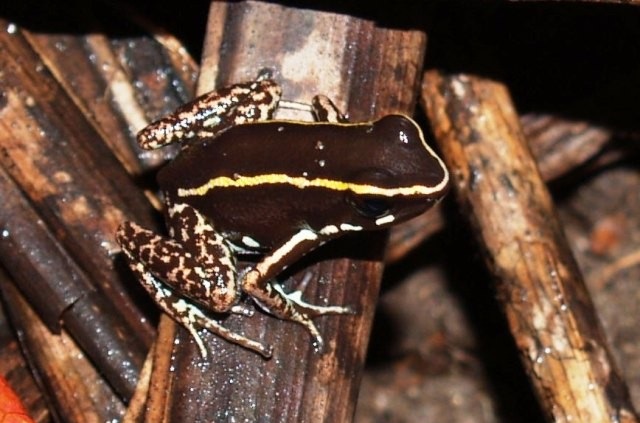 Don’t let its intricately-printed body fool you! The Lovely Poison Frog (Phyllobates lugubris) is found in Nicaragua, Costa Rica and Panama where it prefers to live in slow-moving waters. Their skins also secrete batrachotoxin, but in relatively lower amounts. They are less toxic than other frogs in the same genus, but still not safe enough to be kept as pets after being taken from the wild. 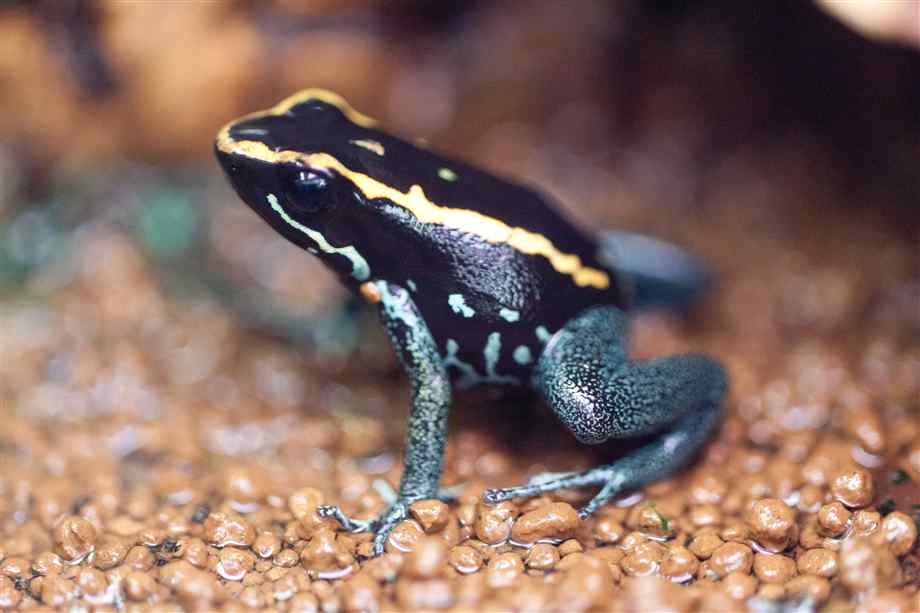 The Golfodulcean Poison Frog (Phyllobates vittatus) can be found in Costa Rica. They are black in color with a blue and green pattern on their sides, and have two distinctive orange stripes on their backs. Neurotoxic alkaloid poisons are present on their skins which, when these frogs are provoked, could cause severe pain and seizures or paralysis if treatment would not be administered immediately. 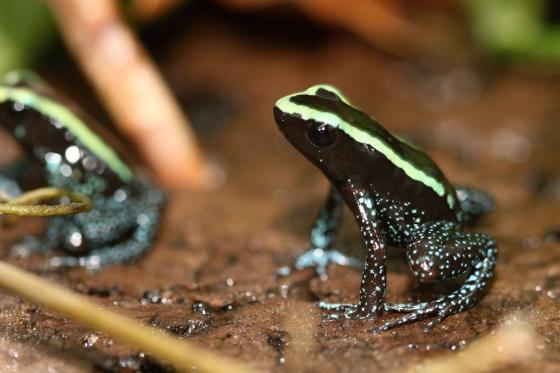 If you’re ever planning an adventure to the west of the Andes, you might not want to come face-to-face with a small but ultra-lethal animal—the Kokoe Poison Frog. Also known in its scientific name Phyllobates aurotaenia, this frog lives in abundance in the wet forests of the Chocoan region of Colombia. It is one of the deadliest in the species of poison dart frogs; the steroidal alkaloid toxin on their bodies targets nerve and muscle cells which could lead to instant death. They are black in color with green, yellow, brown or gold stripes on their backs. It’s only natural that you love all things blue if it’s your favorite color, but what if we tell you that there is actually a blue-colored frog that is highly poisonous? Sorry, we are not even kidding—such frog exists! The Blue Poison Dart Frog (Dendrobates azureus) can be found in forests in southern Suriname. It is medium-sized and can live for 4-6 years in the wild. It doesn’t use its bright blue body to make it seem more beautiful or its poison to kill its prey; rather, these are mainly for self-defense. Every one of this species have unique patterns of black spots on their bodies that set them apart from each other. 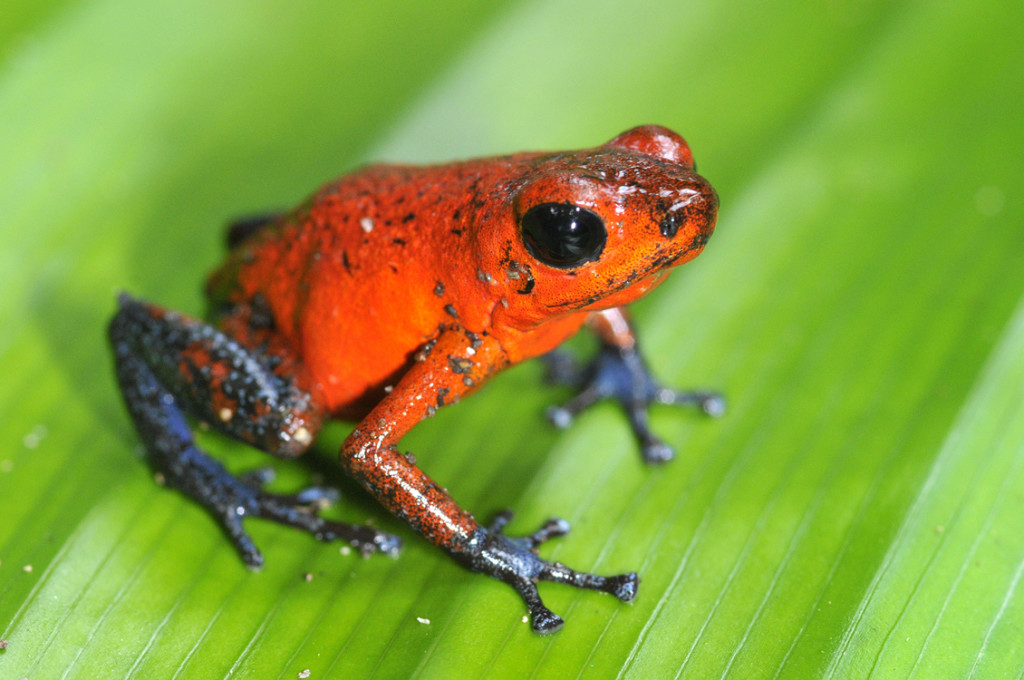 Its name may sound yummy, but the Strawberry Poison Dart Frog (Oophaga pumilio) is nowhere near edible because it is very toxic. Its breed is common in Central America and is usually found in humid lowlands and forests. It is brilliant red or orange in color to warn its predators of its toxicity. The kind of poison that this frog has can interfere with normal cardiac function and can cause convulsions, paralysis, and death.

It’s a bit impossible to see these poisonous kinds of frogs in our doorsteps especially here in the Philippines, but we should always be careful nonetheless. We never know when we might encounter these extremely lethal animals, so it’s best not to touch frogs unless we can be sure that it’s safe to do so!