Normally, creepy, crawley insects spur men to ready their foot/slipper and squish them dead in their tracks or make them call pest control to deal with the situation. But today, we’ll take a closer look at bugs that terrify men so bad they end up screaming like little girly men. 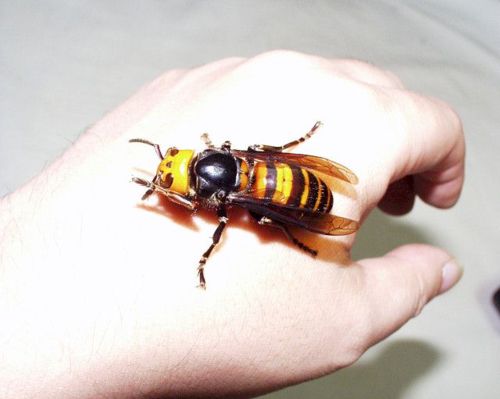 Imagine: this insect is as large as your thumb. Plus, it sprays this powerful liquid toxin in your eyes. YOUR EYES! But the two real horror factors of this insect is that the toxin attracts other Japanese hornets to attack you. Also, its jaws are very powerful enough to decapitate bees clean from their bodies. You definitely will end up with a flesh wound if they happen to munch on you. Think you can outrun it? Nuh uh! These bad boys can fly up to 50 miles. Can you run 50 miles?

To show you how freakishly powerful they are, their claim to fame is that a group of 30 giant hornets easily outclassed a hive of 300,000 bees in less than 3 hours. That’s right, one third of a million. They are the Spartans of the insect world. Even King Leonidas would squeal like a little girl.

These nasty buggers fall from trees and a) screams at you and b) bites you. Okay, the screaming part already seems pretty bad, but the reason why this specie of ant is called “bullet” is because its bite is said to be as painful as getting shot. You can run along to your mommy now. Bees would normally give you a grace period if you stumble upon their nest or ignore them completely. But not Africanized honeybees. The moment one sees you, the entire hive charges at you (an entire hive contains hundreds of thousands of them) for over a mile and a half and maybe even sting you to death, just because one saw you. You kinda wish some Japanese giant hornets are around when this happens to you now, huh? We’ll go straight to the point with this one: this giant spider can grow as large as your hand or more, and can hold its own against birds even if it isn’t part of it’s food chain. 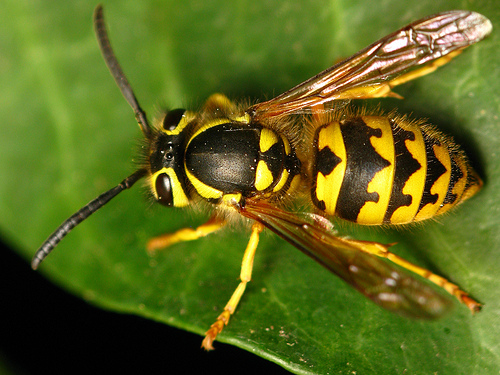 Be careful if you see a yellow jacket wasp nearby because one sting could kill you. We’re not joking. These wasps are the one-hit K.O. wonders of the insect world.

The bites of these ants are said to hurt like burning fire. Plus, they form nasty blisters and all kinds of other skin allergies depending on the victim’s reaction. 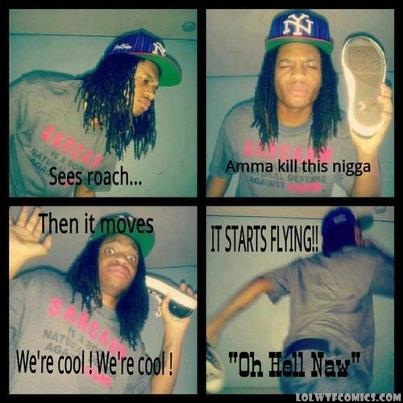 Alas, the star of the show – cockroaches. Yes, finding even a normal cockroach can make grown men scream. But, when you encounter a flying cockroach, all bets are off. Stay away and lock yourself in your room until the cockroach decides to leave. German cockroaches, on the other hand, are very durable. One even survived in a 52-year old woman’s colon after it was hypothesized she may have ingested one due to a cockroach infestation in her home. How it withstood the human body’s digestive juices, we will never know. Okay, you can cry now.

Know any other insects that’ll make you squeal and shed tears? Share them in our comments section below.