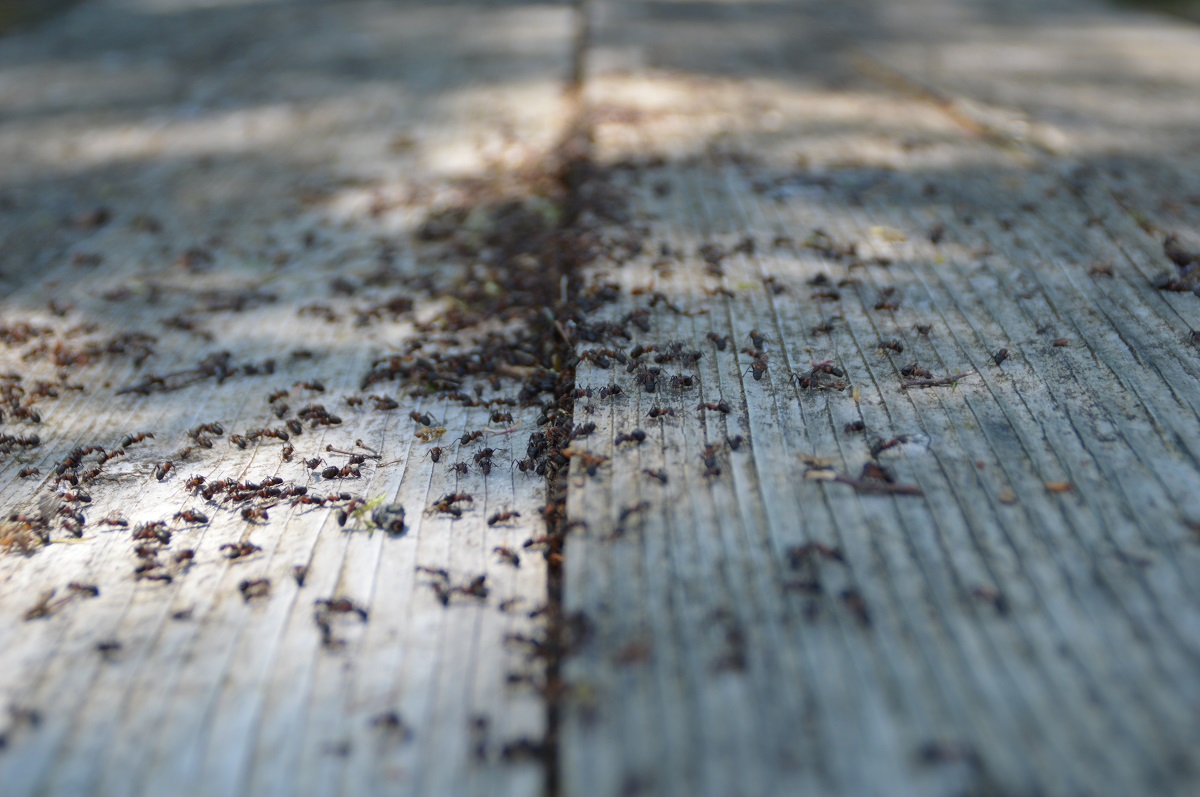 What are the common ant species in the Philippines?

Anywhere you may be in the world, the chances are high that you’ve been annoyed by all kinds of ants. Ants are small, vicious, and worst of all, ubiquitous. You’ll find them everywhere, in all kinds of habitats in any kind of weather. The Philippines is considered to be a biodiversity hotspot, with a wide range of ant species that makes its study more interesting. There are more than 12,000 known ant species worldwide, but here, we’ll talk about # of them.

The most common ant species in the Philippines are the ones we encounter in our homes because food sources are abundant there. They like to make colonies they have access to food that we discard or leave out in the open. As you read the list, you may recognize some of these ants as unwanted visitors to your home. Let’s get started with the first one:

The Pharaoh ant, sometimes mistakenly called the Pharaoh’s ant, is a common ant in the Philippines. They are considered an invasive species worldwide, and a major indoor pest in the United States.

Appearance: The Pharaoh ant is a tiny and slender ant of yellow-brown color. Males are slightly larger than the average worker, and they have a darker color with wings. The Queens are even larger than the males, are bright red, and winged.

Behavior: These ants like to make ground nests and are generally scavengers. Their habit of making nests in hard-to-reach places makes them difficult to control. Colonies can also have multiple queens that are interchangeable, allowing their colonies to have longer lifespans. 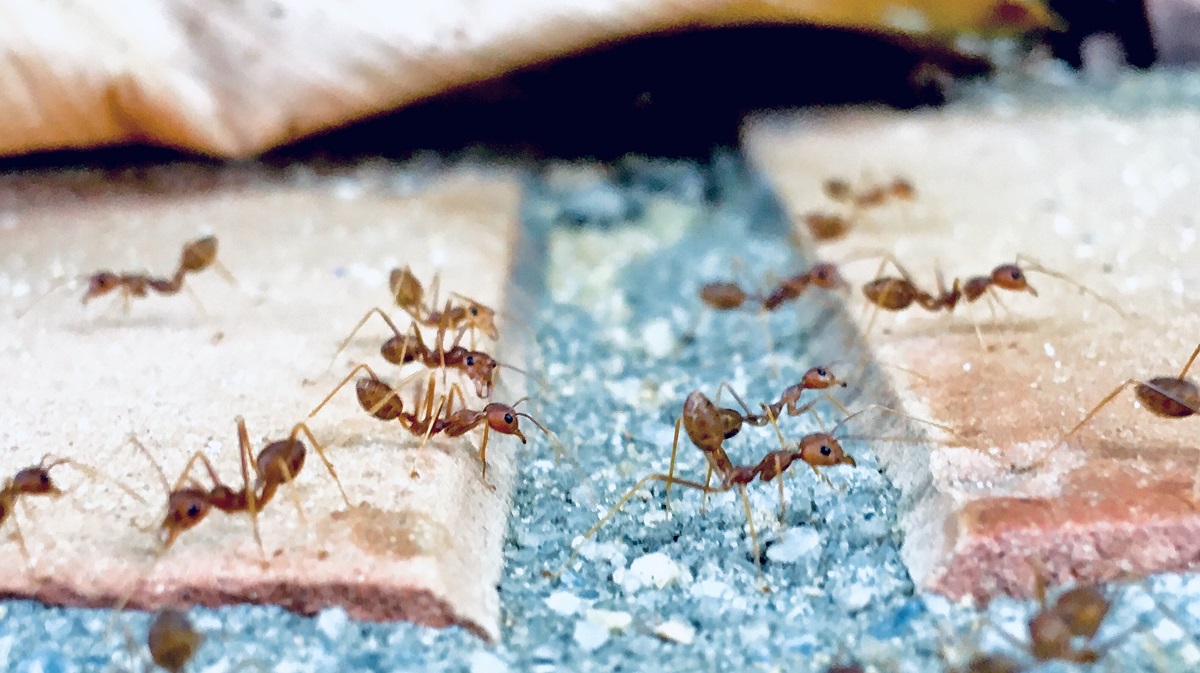 The weaver ant can be encountered even in urban areas of the Philippines. They are commonly known as the “hantik”.

Appearance: Weaver ants are large ants that are red and sometimes green. They are generally larger than other common ants in the Philippines so they can easily be spotted.

Behavior: Hantiks are known for their aggressive and territorial behavior. When people encounter them, they tend to steer clear because it is likely that they will get bitten. Weaver ants get their names because they like to weave mango leaves together and call it home. One colony can make several nests in different trees, and they are found mostly on canopies. Because they make their home in leaves, they have evolved to be averse to fair. If you light a matchstick near some weaver ants, they will attempt to put it out by secreting a liquid from their abdomens.

The pavement ant is another ant species that are considered invasive in the Philippines. They are typically found in agricultural and highly disturbed areas. You’ll find them under rocks and loose bark.

Appearance: Pavement ants come in dark brown and black, have two spines on the back and a groove on the head. These ants are relatively small, and the winged ones are often mistaken as termites.

Behavior: These ants are labeled as aggressive breeders, and they are not picky of the time of the year to swarm your household. They like to scavenge and are generalist predators. They’ll often be foraging on the ground and building nests in twigs, rocks, and bark. They don’t bite, but they can sting you. Thankfully, they’re not as aggressive as weaver ants and would most likely leave you alone. 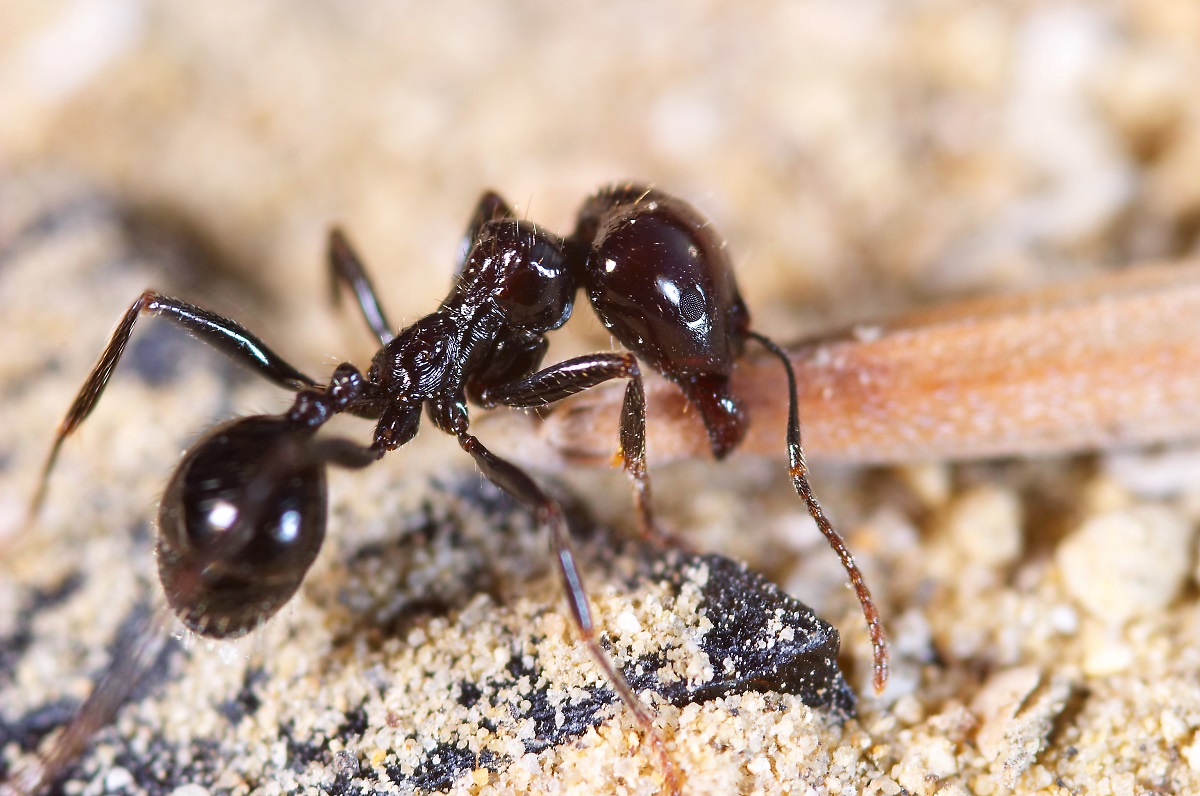 The black house ant is one of the most common ants in the Philippines, being present in households anywhere in the country. These ants are not dangerous, but they can be annoying at times.

Appearance: As the name suggests, these ants are small and black. They are small, just 2.5-3 mm long, and they are often described as shiny.

Behavior: Black house ants are arboreal when nesting outside, but they like to go ground-foraging. Indoors, their black bodies can be easily noticed, and they form very noticeable columns when traveling to and from the colony. They are fast-moving, but not aggressive and rarely bite humans. The only threat they can pose is unintentionally spreading disease-causing bacteria to food sources.

As mentioned earlier, there are way too many common ant species in the Philippines to be discussed on a single page. The ones you’ve read here are some of the most widespread in the archipelago, making them familiar problems in Filipino households. Even though biodiversity is good, having invasive species might be more damaging to both humans and the environment.

If you’re having an ant problem, then the best way to solve it is to call for professional pest control. We at Topbest have been the first choice of Filipinos when it comes to pest control solutions. Our experts have liberated over 5,000 homes in the Philippines from harmful pests of different kinds. Interested? Feel free to contact us anytime for a free consultation!