In an age where space exploration is becoming widespread, it can be quite easy to forget we are also surrounded by wonders here on Earth. Nature is home to millions of different species that contribute to the overall ecosystem. Of course, some of these aren’t commonly seen in your ordinary neighborhood—it would actually be surprising if you did see one in your backyard! You just might call termite control as they look so bizarre, you would think they’re rogue aliens who entered Earth. To clear things up, let’s check out some of nature’s most obscure and strangest insects. 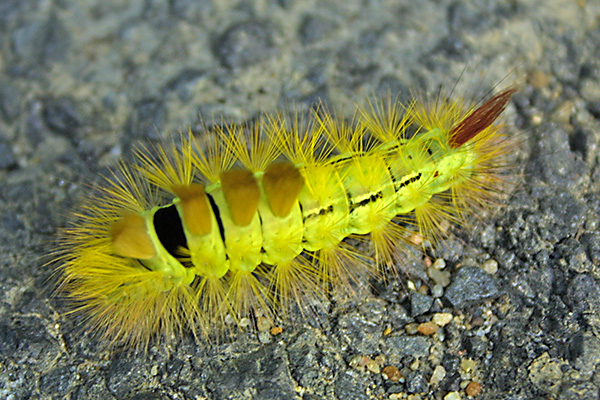 The Pale Tussock (Dasychira pudibunda) is commonly found in Denmark and parts of Wales and England. What makes is special are the caterpillars, who are covered in bright green and yellow hairs with black bands on each segment to protect them from birds and other predators. They are frequently found in hop fields because part of their diet are hop leaves, giving them the name “hop dogs”. They also feed on oak, lime, and birch. 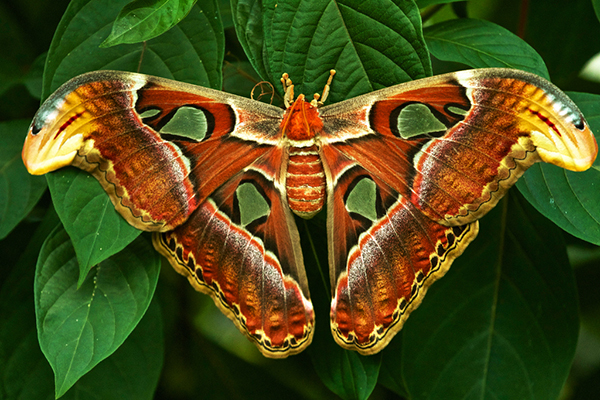 The only moth that can rival the beauty of butterflies, the Atlas Moth (Attacus atlas) is the largest in the world, with a wing span of up to 12 inches and a surface area of 62 square inches. Atlas moths are commonly found in Southeast Asia where in some parts, the silk from their cocoons, known as fagara, is used to make purses.

There are several theories on how its grandeur name came about. First, the patterns on its wings are so distinct that “Atlas” might refer to the map that uses bold lines to represent land formations. Secondly, it might reference Greek mythology’s Atlas, a Titan who the God Zeus condemned to carry the world on it shoulders.  More likely than not, it may be because of the moth’s largeness rather than carrying some sort of moth “burden” the world isn’t aware of. A third reference comes from China as its Cantonese name translates to “snake’s head moth”, referring to the tips of its wings that look like the head of a snake. If you’ve seen Indiana Jones and the Temple of Doom, you might recognize them in one of the cave scenes. Also known as Giant Prickly Stick Insect (<em< span=””>>Extatosoma tiaratum), Macleay’s Spectre is a large stick insect that can be found in Australia and New Guinea. Their odd bulky, brown, cactus-like body with its small spines helps them blend into their surroundings.&nbsp;The Giant Prickly Stick Insects are nocturnal, and will only move at night. They have an amazing defence strategy—when threatened, they will mimic a scorpion and curl up their tail.</em<> 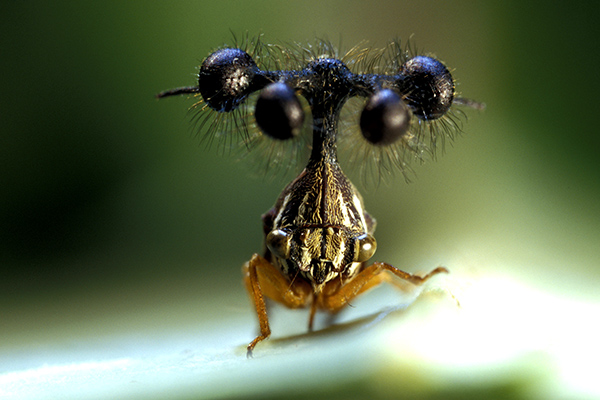 The Brazilian Treehopper (Bocydium globulare) may very well be what an insect would look like if any of our kids get to design an insect. It has four hairy balls, called a headgear, extending above their head with a tiny body to match.

These are some of nature’s less talked about insects and like all species who are in danger of facing extinction, we must also work to protect the littlest of nature’s workers. Spotted any out-of-this-world insects lately? Hit us up on the comments below!