The Royal Colony: Attending to the Termite Queen 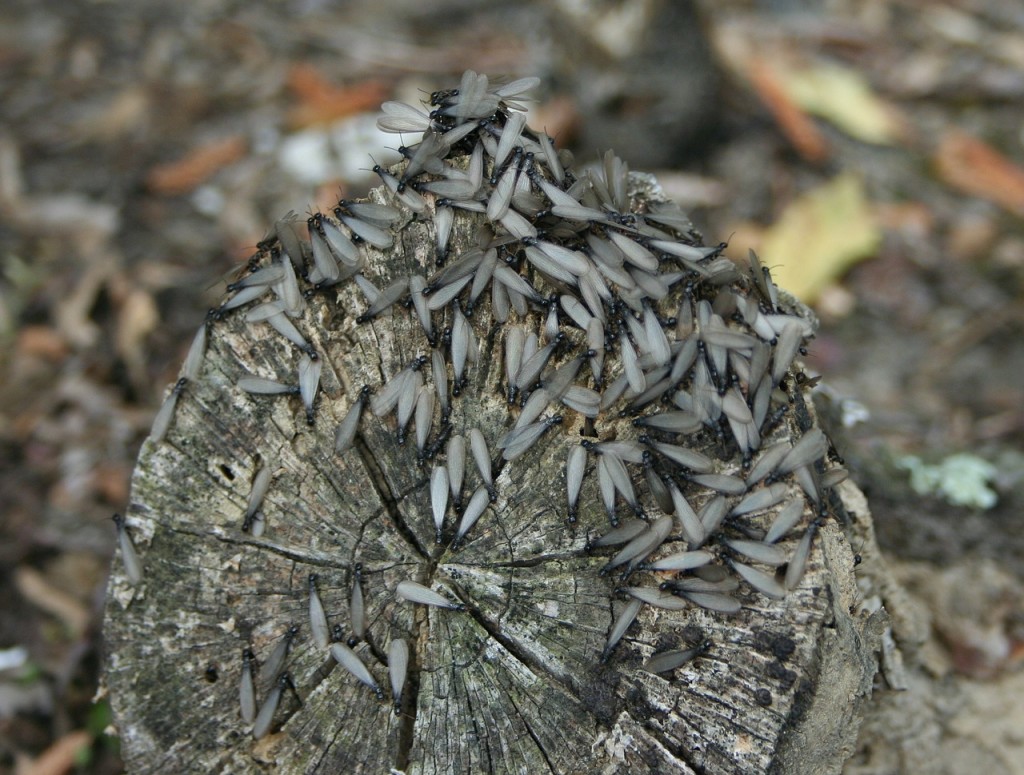 The Termite Queen is a pulsating membrane that pumps out tiny little termite eggs every three seconds.  In an average lifetime of 15 years, the Termite Queen produces as much as 164,250,000 eggs.  Termites are feisty little critters that eat out dry wood and timbre.  In cases where termite control is necessary, termites cause rapid devastation in a home or an area since they feed on dead and decomposing plant matter and cellulose.

The Termite Queen was once a young, fertile female termite called an alate that emerged out of her birth-mound.  She has wings to fly for a bit, but then proceeds to shed them and begins to wander around in search of her future King.  Once she finds her mate, they marry and begin to produce worker termites in order to prepare their soon-to-be colony.  The Termite Queen’s egg-laying organ called the ovipositor starts to expand once she starts producing termite eggs, forcing her body to elongate while her head remains the same.  She is rendered immobile, and her children become responsible for attending to her needs.

The termite colony is built by sterile worker termites, making sure to provide ventilation throughout the nest.  At the heart of the termite nest resides the Termite Queen’s royal chamber.  Here she is tended by her sterile children, all of whom are responsible for feeding her, grooming her, licking her clean, and carrying all her little termite eggs back to the cells in order to be properly cared for until they hatch into fragile nymphs.  The Termite Queen mates for life and while she produces sterile termites, at a certain time in her life she will also produce fertile females and males that will carry out their termite legacy in another part of the ecosystem.  Pheromones produced by the Termite Queen prevent the colony from becoming fertile, instead regulating fertility to a select few.  In the event that the Queen is absent, her King will start producing his own pheromones to encourage the development of one of the replacement Termite Queens.  Replacement, supplementary, fertile alates are underdeveloped, and will only mature when one of the primary reproductive – the King and Queen – dies or are separated from the colony.

All About the Queen

The Termite Queen has a long life span.  She can live up to 50 years, the longest for any insect.  The Termite Queen lives for an average of 15 to 20 years.  Her Royal Majesty may have a long life, but she can also become so old that she stops producing eggs.  Instead of licking her profusely sweating body, her sterile termite workers will start eating her alive, digesting her nutritious juices in order to prepare for the next event.  Once the Termite Queen dies, her whole colony will fall apart.  It’s up to her fertile daughters to go forth and continue their royal line.

When our homes are infested by termites and we see the pressing need for termite control, we hardly think about the lives of the little creatures that are wreaking havoc on our harmony.  The Termite Queen is only one part of a whole ecosystem that helps the environment through the continuing cycle of life and death that all living things experience, one that we share with these little creatures.