Paraception: When Parasites Have Parasites 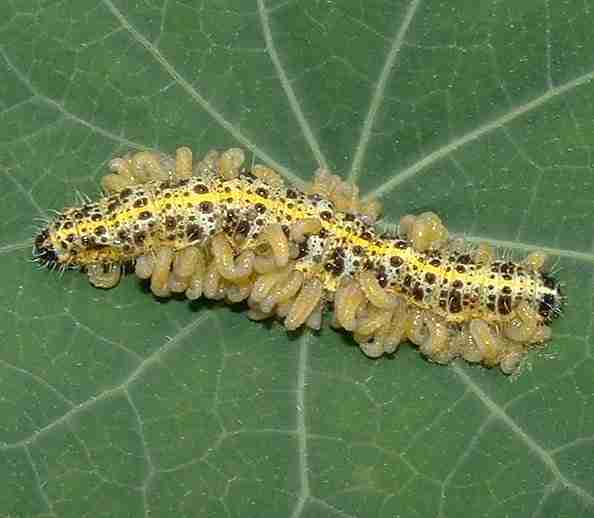 We all hate pests – basically because they are parasitic in nature. Redundant much? They feed on humans and/or the things that humans have like food or blood. What’s even more redundant that will make pests want to hire pest control are the organisms that are parasites to parasites. Sounds crazy right? These organisms are called hyperparasites.

Just like mentioned above, a hyperparasite is a parasite whose host is also a parasite. Though we hardly notice their existence (if at all), they are in fact a common occurrence. In fact, parasites of parasites can also be prone to a parasite which leads to a never ending interspecies abuse. Insects that do this are called entomophagous parasites – insects that are parasitic to other insects. In a way, it is survival of the, a-hem, ‘fit-pest’.

What are examples of hyperparasites? One of the most notable examples of parasitism was observed and studied by Erik Poelman from Wageningen University in the Netherlands where he observed the hyperparasitic relationship of a caterpillar and two wasps.

It starts off with the caterpillars of the small white (Pieris rapae), also known as small cabbage white or simply white butterfly as they munch on cabbage leaves. This action causes the cabbage will emit chemicals into the air which signals that it is being attacked. This alarm is then received by a wasp, the white butterfly parasite (Cotesia glomerata), which stings the caterpillar and implants it with eggs. Once these eggs hatch, the larval wasps then eat their host from the inside – eventually bursting out from the body to spin cocoons and transform into adult wasps. The cabbage is then saved and the wasp – which is now coined as parasitoid because of its fatal body-snatching habits – can start the next generation.

But it doesn’t stop there because the hyperparasitoid Lysibia nana enters the scene – it injects its own eggs inside the white butterfly parasites’ grubs or eggs. The former wasp’s grubs are larger as compared to the latter’s making it an ideal nursery for the L. nana’s smaller grubs. Another example of hyperparasitism goes to the microscopic level. Seth Bordenstein, a microbiologist at Vanderbilt University, studied a five-level system that starts with a fledgling bird. There are insects that infest these birds’ underside – the blowflies –by putting bloodsucking larvae. Once they’ve grown big enough, these blowfly larvae drop off and fall prey to hyperparasitic wasps. Amazingly, hyperparasitism didn’t stop there because the wasps actually carry a parasitic bacterium called Wolbachia – a bacteria that as evolved to modify its host’s reproductive system. But even these bacterial parasites have parasites of their own through tiny viruses known as bacteriophages (-phage is a combining form that means “a thing that devours”). These bacteriophages hijack the Wolbachia’s cellular machinery to expand their population. To make things more interesting, hyperparasitism doesn’t actually stop there because there are still transposons – a single, parasitic gene that roves viruses.

Nature and each and every organisms in it have different means of survival – and one of them is parasitism and to a certain degree, parasitism. It is actually interesting to note and to know that even parasites can become hosts. Now that’s karma!