The Night Shift: Insects that Prefer to Work at Night 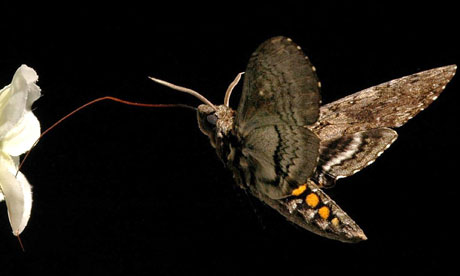 Whenever we walk out at night, we always hear cricket cicadas making hubbubs around us. This symphony of night singers are just some of the many kinds of insects that surround us everyday. For some, the sounds that they make at night mean that they are courting or challenging other insects. While for others, coming out at night might mean that it’s one of the ways to defend themselves. Before you look for pest control services in the Philippines, let’s check out the insects that prefer the shade of night.

Moths have always been associated with the night and all are nearly nocturnal, but they are also attracted to light. They are related to butterflies and range in different sizes. There are microscopic moths call microlepidoptera, and larger moths that have colourful designs on their wings. Moths, like butterflies, contribute in biodiversity by taking part in the pollination process. One of the things moths are known for are their use of muscle movement to regulate heat in their body.

Dung beetles have compound eyes that allow them to see during the night. They rely on starlight to move, and are able to know where they are based on the position of the stars in the sky. Their abilities enable them to grab and roll dung quickly to avoid competition over their food.

The venomous giant centipede can be found, considered to be one of the most terrifying creatures of the night, are native to Australia. They are hunters, out to get other insects like snails and worms in the dark.

Generally, bees go out during the day to feed. However, some species have evolved to feed at night. Nocturnal feeding bees, just like dung beetles, have compound eyes that enable them to see in the dark. Their eyes have multiple lenses that allow them to see clearly even without light.

Some people don’t know this, but Fireflies are beetles that are able to create light. Even Firefly larvae glow at night, they are called glowworms.  Male fireflies are usually the ones that can fly. Female fireflies stay put, observing light signals coming from the males, ready to reply with their own light signal. Fireflies feed and pollinate at night, they are completely nocturnal.

These nocturnal flies are considered to be one of the most dangerous insects. They are carriers of diseases such as malaria and other viruses. While mosquitoes can be found flying during the day, they only feed at night. Mosquitoes need blood to be able to lay their eggs, before looking for a water source to lay them in. They bite suck blood, which is how they spread infection and inject a parasite into the bloodstream.

If you look carefully enough, you’ll see a variety of insects that are active at night at your garden. A lot of these insects have evolved to live at night to adapt to their location on Earth. Try leaving a light on to check out how many of these you’ll see tonight.