Spiders are one of the scariest insects that exist in the planet, with its eight feet and hair-covered body. No wonder most people call different pest control services. But did you know that not all species of spiders are purely creepy? Some of them are awesome, especially with their means of adapting in the environment it is in – may it be via camouflage or Batesian mimicry or enhanced agility.

Here we’ve listed some of the most bizarre and amazing spiders that set foot (or feet) and bring diversity to the feared species. 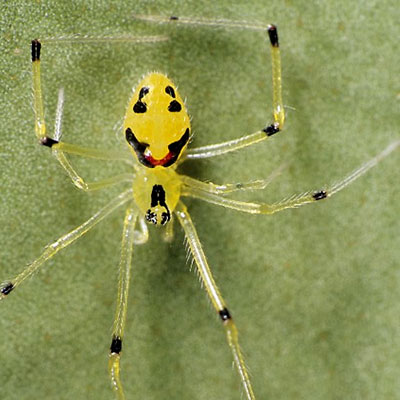 Also known in Hawaii as nananana makaki’i, this spider is actually closely related to the feared and deadly black widow spider. Despite it being related to the venomous black widow, it is not dangerous to humans in any way. The happy face spider has strange patterns in its abdomen that resembles a smiling face, and sometimes a frowning or a screaming face.

Unfortunately, the happy face spider is considered as endangered because of the reduction of its natural habitat. 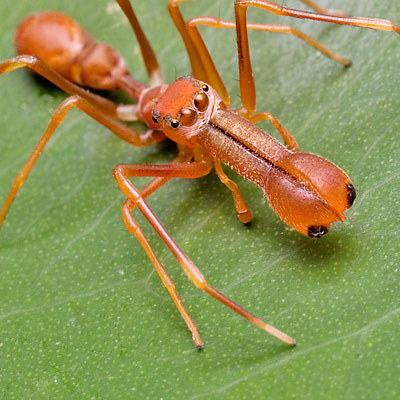 What you are seeing is an actual spider, not an ant. The kerangga ant-like jumping spider is a great example of Batesian mimicry, a kind of adaptation in which a harmless animal imitates another harmful species. It imitates the appearance of a weaver ant, known to be aggressive and has lasting bite. Although the Kerangga ant-like jumping spider is harmless and shy, it pretends to be just as tough and walks exactly the same as a weaver ant.

The Kerangga ant-like jumping spider is only found in India, China, and parts of South Eastern Asia. 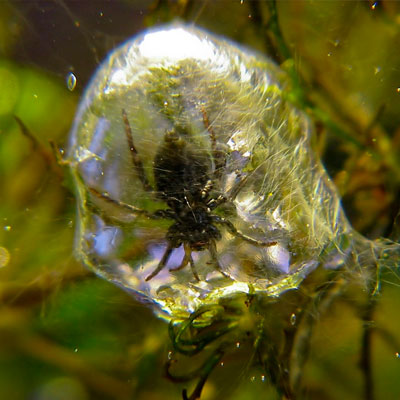 Also known as the water spider, the diving bell spider is the only completely aquatic spider. It is commonly found in Europe and Asia, living in ponds and slow moving streams and shallow lakes. It builds an underwater nest (or retreat) with silk, and fills it with air that it took from the surface. When the retreat is already filled with air, the silk becomes bell shaped with a silvery shine. This is where the spider’s name came from. It spends most of its time inside the bell, feeding on any aquatic invertebrate that passes by, such as backswimmers, water striders, larvae, tadpoles, and small fish. 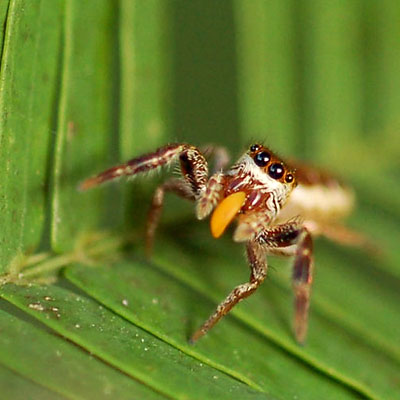 Although spiders are feared because of their appearance and their potent venom, we should remember that they play a vital role in our ecosystem – maintaining balance amongst other insects and animals.