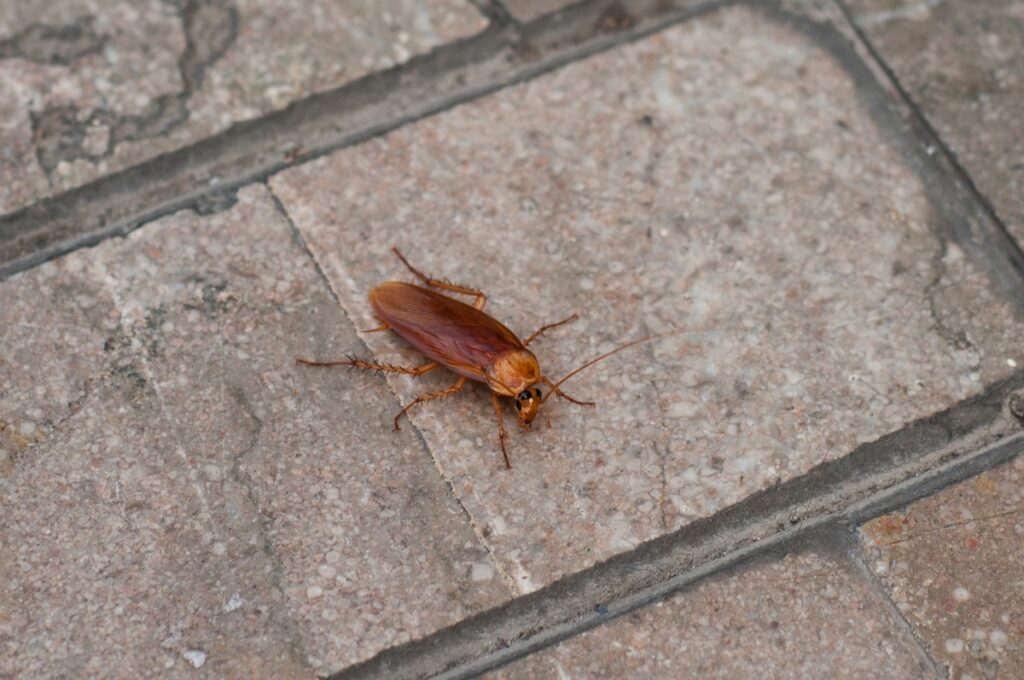 How do cockroaches reproduce?

Cockroaches are a common pest in the Philippines, and they create plenty of problems for homeowners. Cockroaches carry a host of diseases, leave bacteria on everything they touch, and can even trigger asthma attacks in some people. The worst part of dealing with cockroaches in your home is that they can multiply with lightning speed — if you see one and leave them alone, you may be dealing with hundreds of them in just one year.

But how do cockroaches reproduce, and what can you do to stop them? In this article we go over the basics of their reproduction cycle, and what to look out for in your home. Read on!

There are many types of cockroaches, but in the Philippines, the most likely pests you would see in your home are the German cockroach and American cockroach species.

As with many other animals, cockroaches will typically reproduce using eggs from a female and sperm from a male cockroach. What happens after this stage varies from species to species. Typically, you can expect the cockroaches on your property to go through the following reproduction stages: 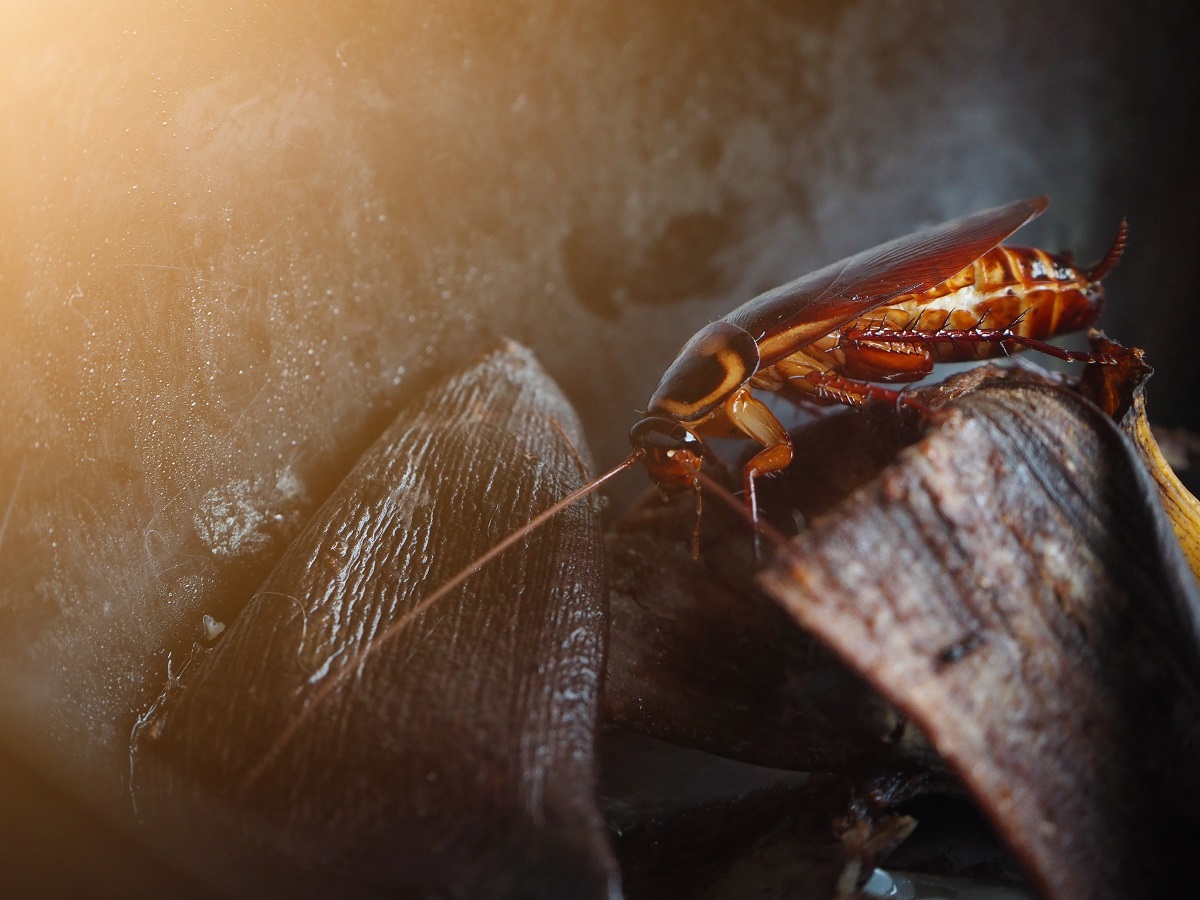 For cockroaches, it all starts with pheromones. Both males and females can produce pheromones, which signals all the other roaches within their vicinity that they are ready to mate.

This attracts other cockroaches who want to mate. Once they’ve paired up, cockroaches will engage in a courtship ritual — this ritual varies from species to species.

For the American cockroach, females begin with a dance. They raise their wings to expose the underlying membranes, while also expanding their genital chambers. They also release more pheromones to entice the male.

The male will approach the female, raising their wings to indicate their interest. The male will then back into her and connect to her genital chamber. He then deposits his spermatophore — a bundle of sperm in a special capsule — into the chamber. 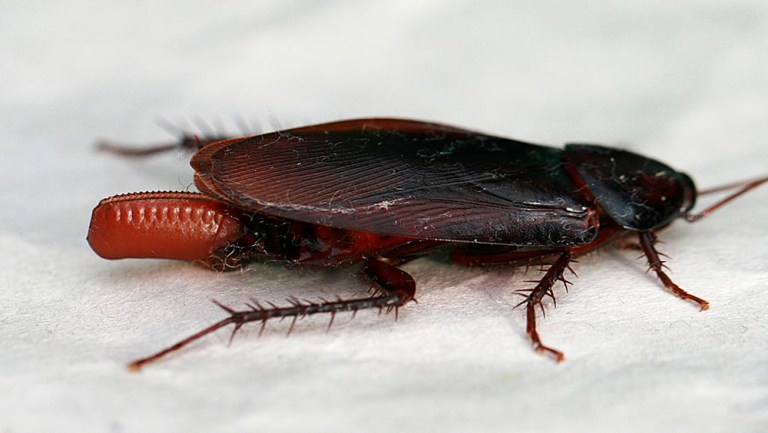 Once fertilization has occurred, female cockroaches will form a protective protein casing called an ootheca. She will lay the fertilized eggs in this casing and will carry them on her abdomen.

American cockroaches will typically carry their ootheca for a few hours up to a few days while she finds the perfect spot. When she finds one, she will deposit and glue the ootheca to a surface with her saliva.

German cockroaches will carry their ootheca for nearly the entire time until they are ready to hatch. They then deposit their ootheca in what they deem a protected area and leave.

If you find something and wonder if it’s a cockroach egg, check its appearance. Most cockroach eggs will look purse-shaped, light to dark brown (almost black), and are quite small — around ¼ of an inch long. Sometimes, these will be attached to a surface and hidden in a dark and damp area.

The nymphs hatch and grow 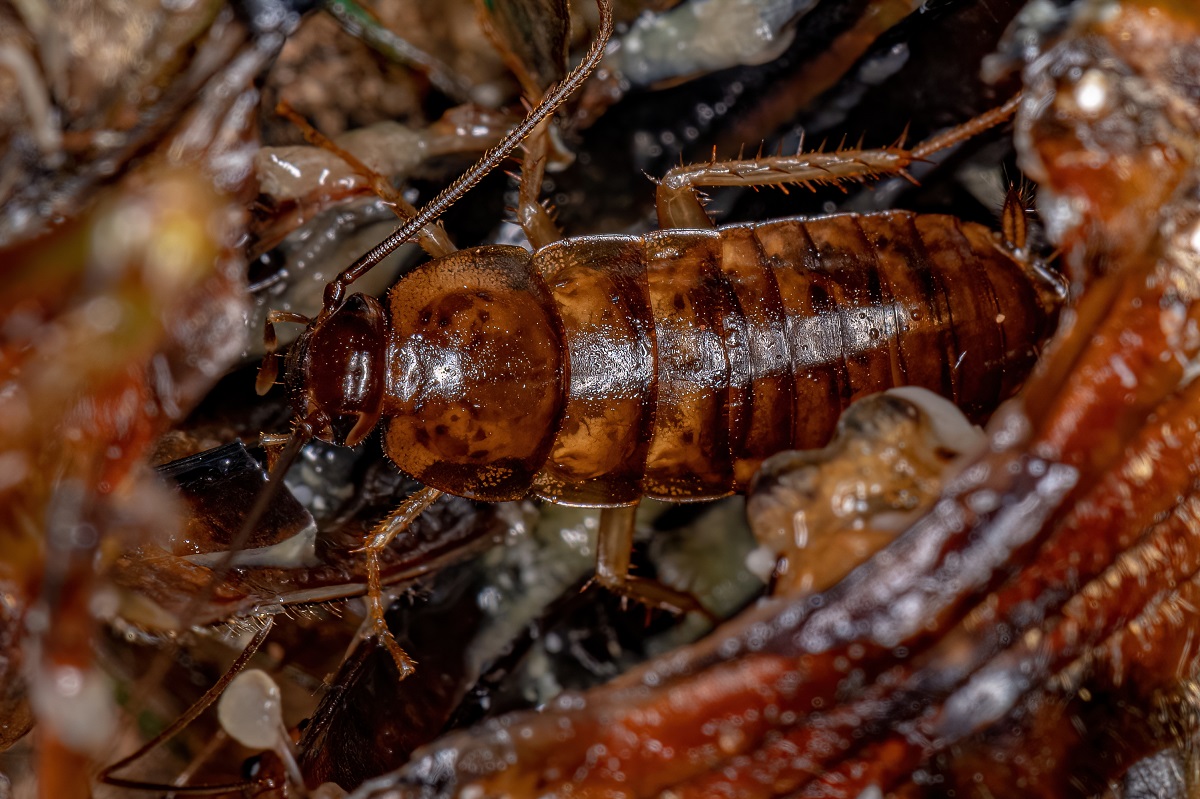 After some time, newly hatched roaches will emerge from the ootheca. These are called nymphs, and they are usually very small, white, and pale, which is a result of their underdeveloped exoskeletons. Shortly after hatching, they start to turn light brown and resemble small and wingless adult cockroaches.

Cockroach nymphs will molt several times on the course to adulthood. The period between each mold is called an instar, and with every instar, they look more and more like adult cockroaches. For some species, like the American and German cockroaches, this molting process is short and lasts only a few weeks.

You can generally tell whether a cockroach is an adult or not by its appearance. Young cockroaches tend to be smaller and lighter in color — most notably, they lack wings. 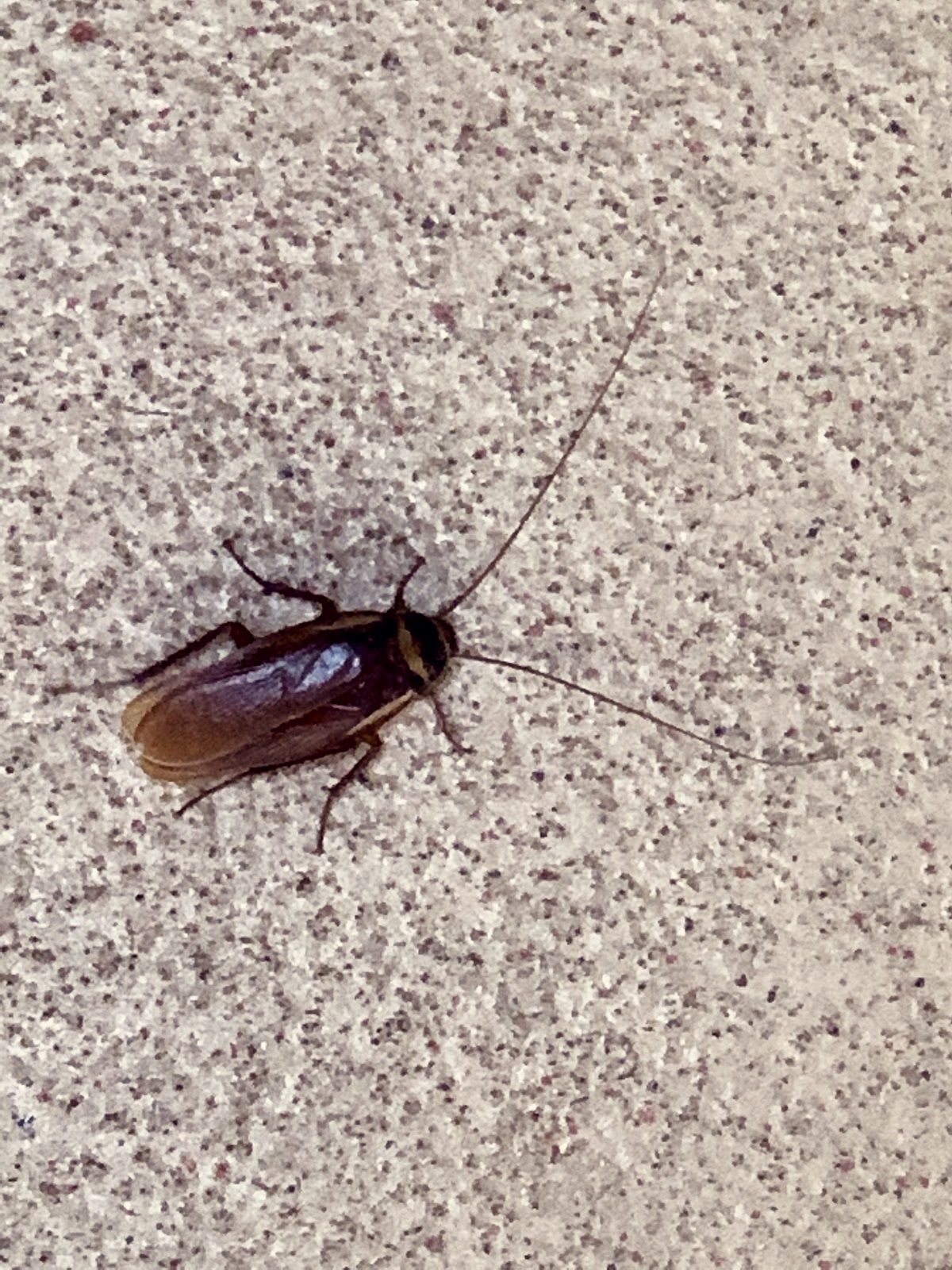 After their final molting stage and the growth of their wings, the cockroaches will be considered mature adults capable of reproduction. At this stage, German cockroaches will live from 150 up to 200 days, while American cockroaches can live up to 400 days after reaching adulthood.

Where do cockroaches lay their eggs?

Cockroaches will often hide their eggs in spaces like cracks, crevices, underneath furniture and appliances. They will prefer dark, warm, and humid spaces that are close to food and water sources.

They’re likely laying eggs in your kitchen and bathroom — but they can also be found in your bedroom. They will likely choose spaces like wardrobes and dressers to lay their eggs. These are likely hidden in the back corners where they are less likely to be found or disturbed.

The short answer is: yes. Female cockroaches don’t need a mate to lay viable eggs. If there is a lack of male cockroaches, they use a technique called parthenogenesis to develop eggs alone. This means their eggs will have less genetic diversity and are less likely to survive and hatch — but it’s still entirely possible for them to make more cockroaches even without sexual reproduction.

This article on how cockroaches reproduce shows just how alarming it can be to see one or two of them in your home. They can reproduce at an alarming rate and can quickly infest your home — creating serious health implications for you and your family.

If you find that your home has cockroaches, take immediate action to stop the situation from getting out of hand. Contact Topbest today for the best pest control services in the Philippines! We offer free online consultation to understand your unique pest situation. We then take all the appropriate measures to eradicate them from your home and prevent infestation.