A History of Sentricon 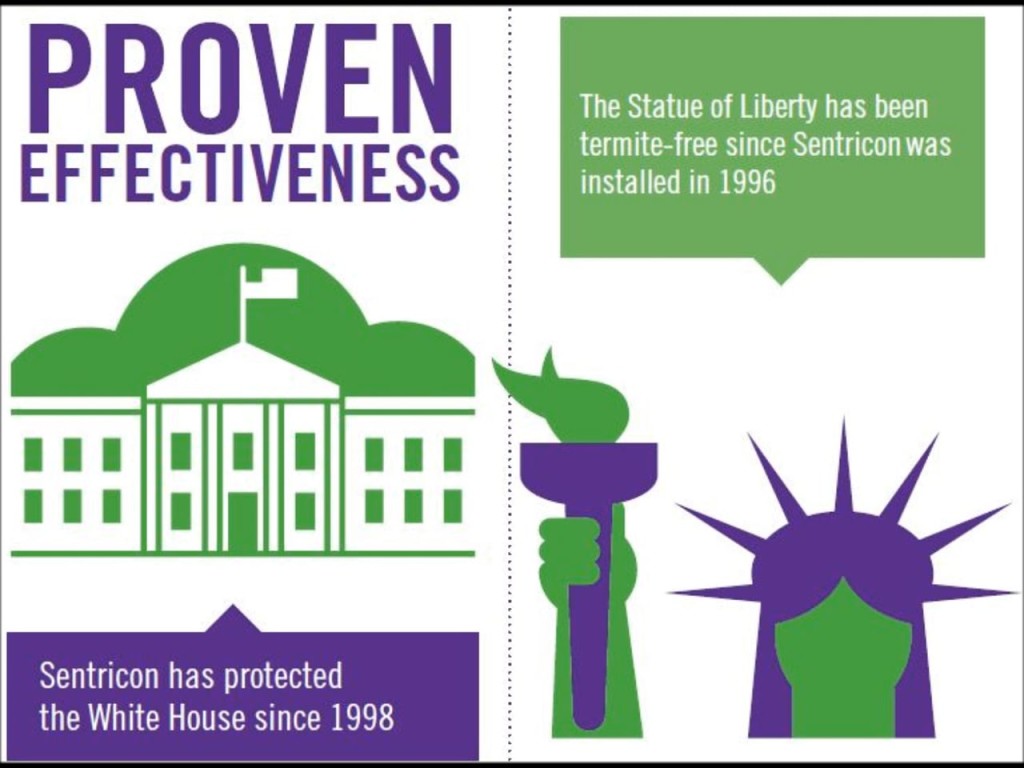 It’s important to appeal for termite control here in the Philippines if necessary, in order to prevent termites from further coming and attacking. Get to know more about a certain type of termite control namely, “Sentricon.” Read up on its history on this article.

The Sentricon system was constructed around 1995 by Dow AgroSciences, a company established in Indiana in the United States, which specializes on agricultural chemicals and biotechnological solutions. Termite Colony Elimination System is a sub-term of Sentricon and as the term says, it eliminates the existence of termites. Certified Sentricon Specialist (CSS) are professionals who use the Sentricon on subterranean areas to exterminate termite colonies through a baiting approach by infusing the liquid substance of cellulose infused with hexaflumuron or noviflumuron to be placed in the soiled areas which is “believed” by termites as food sources. The colonies, including the queen, intake the Sentricon and slowly die after consumption. After this, the Sentricon specialists shall still provide continuous service to ensure the elimination of termites. Fret not because Sentricon is safe if executed properly by specialists. The termites will be exterminated within a month or so – sometime it can for up to 4-6 months, too.

During the early years, certain homeowners in the USA were bothered for about 4 years due to termite infestation. The scientists took notice of this and made chemical experiments to eradicate the existence of termites in the area. There had been a lot of procedures and studies done before 1995 until Dow AgroSciences came up with a great solution to eliminate termites, thus, the birth of Sentricon.

Before Sentricon came to be, it originated from Dr. Nan-Yao Su’s 1989 study of hexaflumuron from the University of Florida’s Institute of Food and Agricultural Sciences and teamed up with Dow AgroSciences in 1990. Afterwards, both were able to create further studies and develop the bait system by teaming up with other organizations and government offices to make Sentricon a renowned and trustworthy product.

By 1995, when Sentricon was fully established, Dow had received great reviews, even awards as it became known to the public and was featured on CNN in the same year then by other networks and media such as NBC, CBS, USA Today, and The New York Times. in the following years. It is even installed in the Statue of Liberty in New York City by 1996. The system garnered the Presidential Green Chemistry Challenge Award last 2000. From then on, Sentricon is known as one of the most successful termite control solutions worldwide.

The first Sentricon customers were Mr. and Mrs. Bennett during 1998 in Indianapolis, Indiana in the United States and remained loyal customers even today. Customers of Sentricon never had a problem afterwards as they believed it was the problem solver of termite issues in their homes and lands. As the years went by, Dow was able to improve it in making it better in developing the product further because of brand new technology available today. The efficacy of Sentricon reduced labor cost and the company received greater profits through giving great results to its customers for 20 years already, protecting their houses and lands since then.

If you’re on the lookout for the best termite control in the Philippines, choose Sentricon available in Topbest Philippines!