No other living creature inspires fear in humans as much as a spider can. Dreaded both literally and figuratively, these eight-legged insects can really make your skin crawl and sometimes scare you out of your own home. As if that’s not enough, movie makers thought it a good thing to give these arachnids several roles in the film industry! And trust me; they’re not the small bugs you can squish with your shoes. In cinemas, the spiders are so huge and lethal that no normal pest control can stand against them, let alone snuff them out. Below are five spider flicks that would leave you shaking in your shoes: 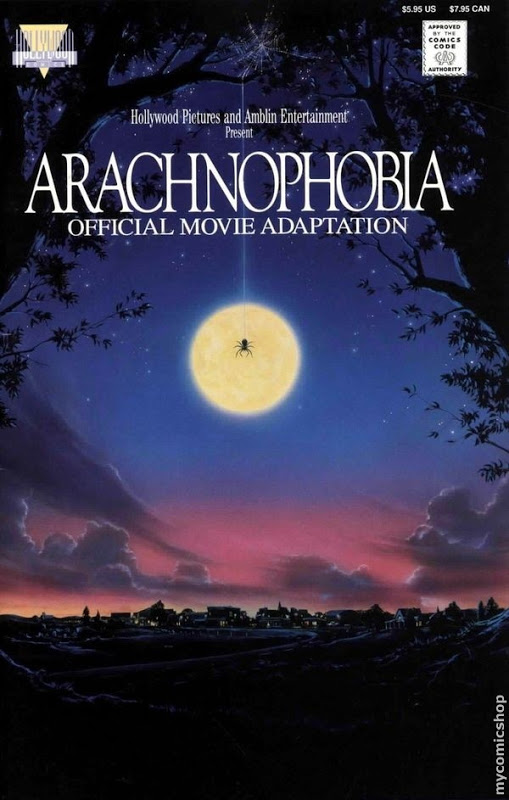 Starring Jeff Daniels and john Goodman, this film revolves around a spider of unknown breed found in the Amazon rainforest which, through a series of events, found itself in a barnyard located in a small, sleepy California town. Apparently not wanting to die quietly, the spider mated with the local arachnid, spawning poisonous drones that wreaked havoc on the area. Against this threat, we have a generally-scared-of-spiders protagonist, a chubby bug exterminator, a nail gun, fire and electricity. 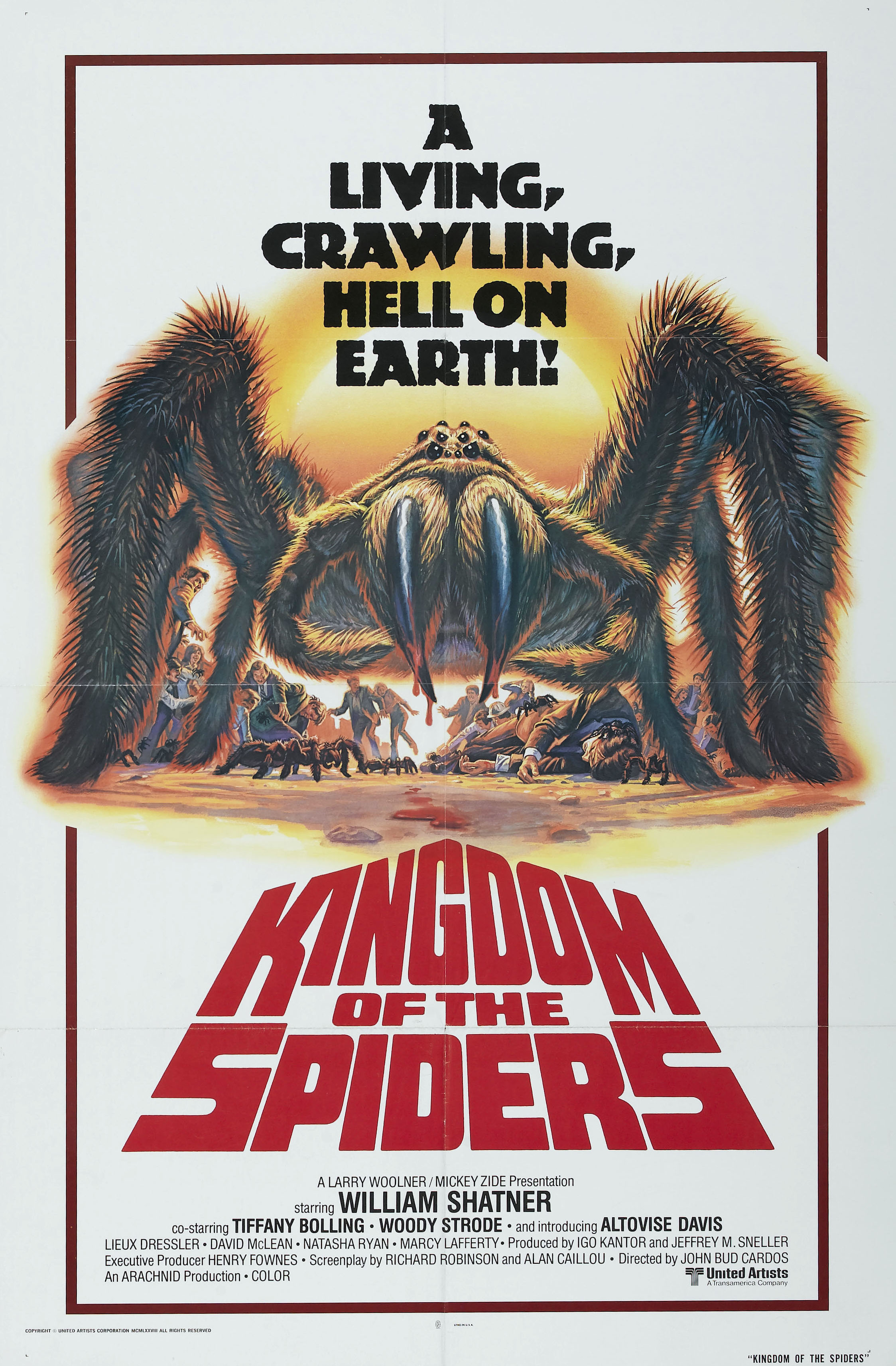 If you think one spider is scary, think about how terrified you’d be facing a group of carnivorous tarantulas staring at you with their mouths watering. This film is designed to discourage you from using pesticides, that’s a promise. Apparently sick and tired of being sprayed on, the spiders in this monster movie decided it would be best for them to form a hill community or ten, putting on the menu larger animals like a dog, a calf and even a bull. These arachnids don’t like to be threatened by humans either, as you will see as soon as you watched it. 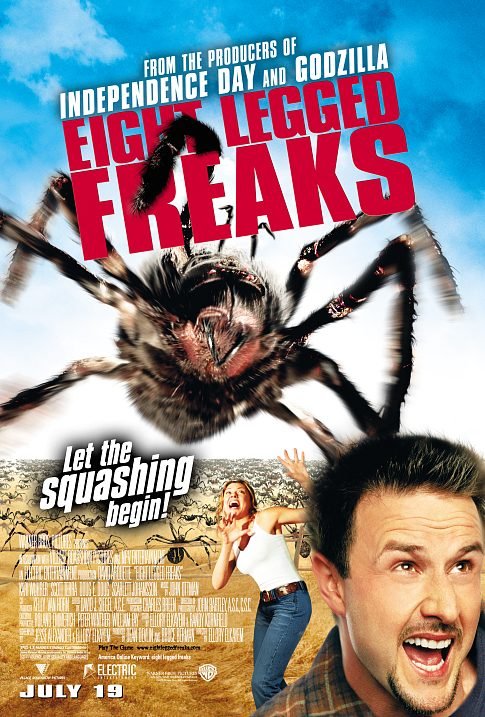 Are you a proud owner of a collection of exotic spiders? Do you happen to have a barrel of toxic waste in your backyard? If so, then don’t let your arachnid pals near those drums of liquid refuse – ever. ‘Cause you won’t like what happened in this film to happen to you and your neighborhood. Oh, try to keep rabbits off your property, too. In the movie, it was the rabbit that really started all the trouble in the first place. 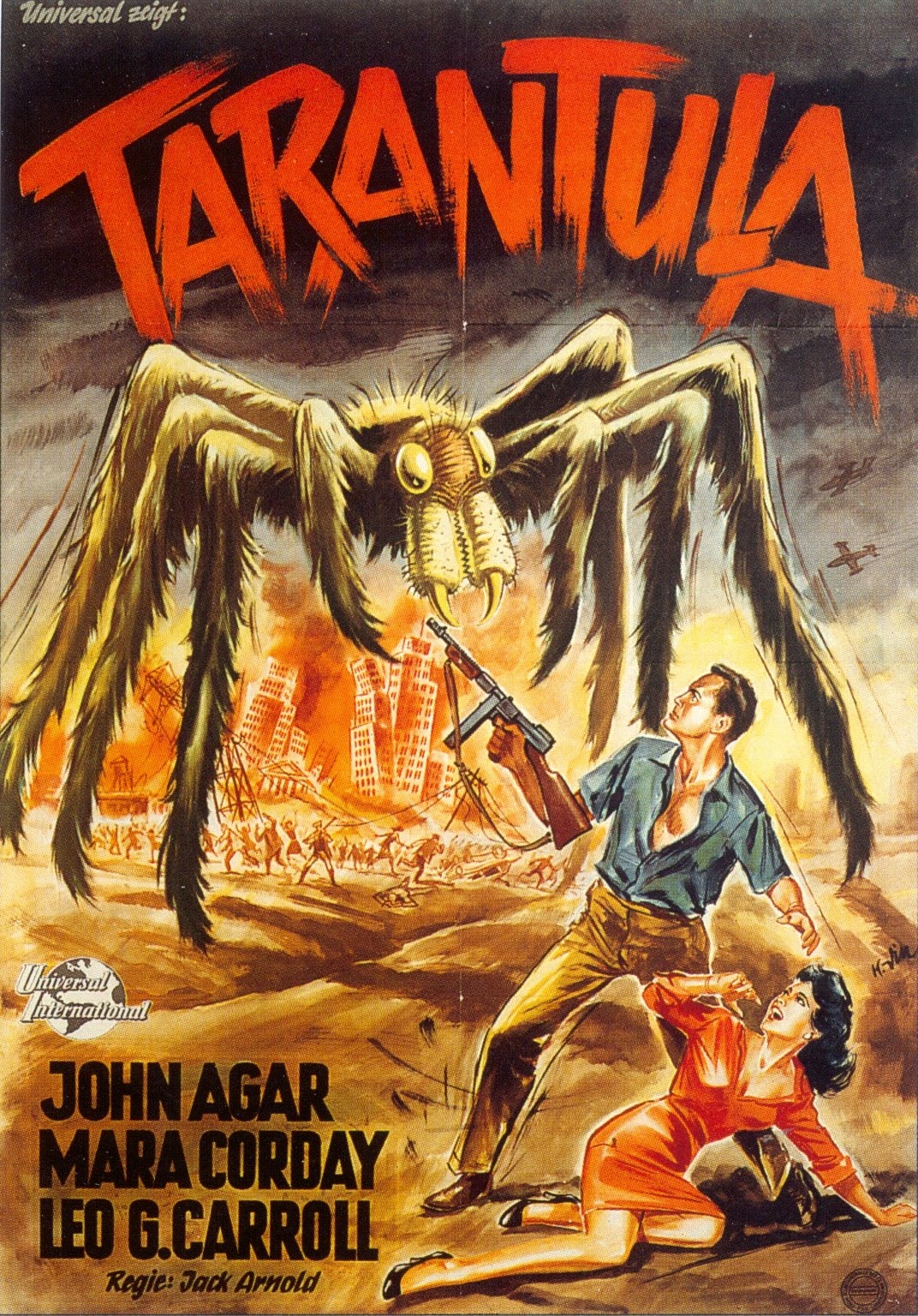 Here’s good advice for scientists who want to test their new product on Mexican red rump tarantulas – DON’T! Otherwise, you’re going to have to deal with a gargantuan arachnid with an even bigger appetite, a disgruntled laboratory assistant who you happened to “accidentally” inject the drug with, and the authorities (an inquisitive doctor in the movie’s case). In case you decide to go through with the testing anyway, make sure you have your own jet squadron and a good supply of napalm at hand. Ever wondered what it would be like if Spider-man’s mutation went wrong? This film lets you catch a glimpse of that horrible scenario. Not a remake of the 1858 film of the same name, Earth V.S. The Spider centers on a typical guy with dreams of being a superhero and getting the girl of his dreams. Along the way, he injected himself with a serum that gave him spider-like characteristics such as enhanced strength, the ability to shoot out web and an insatiable hunger which would drive him to murder. Eventually his mutation completely transformed him into a monster and … well, we’ll let you figure out what happens next.

Thank goodness these vicious bugs only exist in films! But if they do happen in real life, you’ll know who to call right? Hinthint.