Why are Bugs Attracted to Light?

If you’ve done any insect or termite control in your home, or even if you stand on the porch at night when the sun starts to set and the breeze starts to become cool and chilly, you might have noticed that any kind of bug might be hovering near your porch light. Sometimes it’s funny to look at them blindly follow the light, but it’s also annoying when they gather by the tens and maybe even bite you.

Does that leave you wondering why bugs like the light so much even if that means that they’d die if they go near it?

Why do bugs love light?

Now, there are two kinds of light response. Organisms that react positively to light go towards it, like moths, and those that react negatively to it move away from the light, like how cockroaches run and hide under anything when they see you turn on the light. 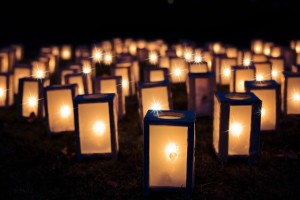 There are a few theories to this, such as their navigational systems being reliant on the light such as the moon, and artificial light sources throw this off. They follow sources of light at night, and the only source of light at night is the moon. Since the moon’s light is always at a constant angle and direction, it’s easy to follow, but since light bulbs emit light in all directions, they end up circling it. This can be very confusing for the insects.

Scientists have also theorized that they are attracted to things that reflect light as some of these things are flowers or food sources. This idea has its drawbacks, though. If they truly were hardwired to be attracted to artificial light, then many of the these insects shouls have already killed themselves and wiped themselves out since man has had fire for a such a long time. 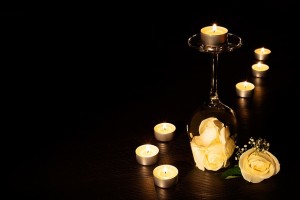 Better in the dark

There are the exceptions, too. Not all insects are attracted to light. Some insects consider it much like a beacon or something of that denotes urgency. If they think that they’re in danger, they’ll fly towards the light if they’re somewhere dark, and this is another theory.

One other theory is that insects can’t tell light from dark, which means that they’re rendered night blind. If they see light in the dark, they’ll flock to it as they’re sure that they can see something, and if they move away from it, they won’t be able to see anything and will not be able to react to any threats they might face.

There is also some debate on whether these insects will still be attracted to artificial light coming from bulbs or fire if there is natural light like the sun or the moon.

This attraction or aversion to light is called phototaxis. This is especially helpful for organisms that rely on the light of the sun for food such as photosynthesis. However, scientists haven’t quite figured out why bugs are attracted to light. This attraction to light can be found and is present in many bugs. Since there is no solid explanation for this, a bug’s attraction to light may remain one big mystery.