The Bubonic Plague: The Worst Pest Epidemic In History

Why was the Bubonic Plague the worst plague in history?

With the advancements in pest control technology today, bugs and vermin are easily exterminated in any possible environment such as homes and buildings. We live in such a fortunate age, because science and technology has provided the means to live a relatively pest-free life. 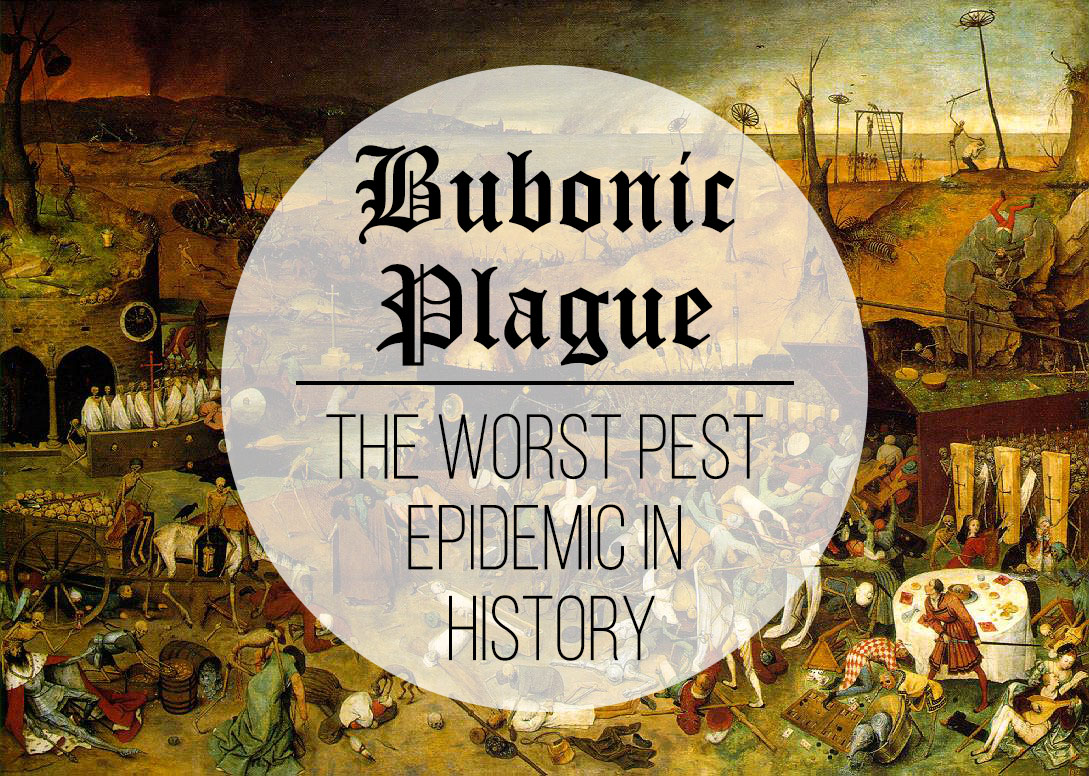 But in the olden days, such methods were not even created, and pests were really…er…pests to everyone who encountered them. Since most furniture was made of wood, termites abounded. Since hygiene was not a main concern, vermin such as rats and mice abounded in the filth of humans.

Speaking of vermin, in the 1300s, a rat pandemic spread across Europe and killed a third of the population. It is considered the worst pest infestation in history, with numerous references to it still being made today. In this article, we’ll take a look at the Bubonic Plague.

The Bubonic Plague (or Black Death) was an epidemic that spread in Europe from 1346 to 53. It was so terrible because no one at the time knew how to deal with it. Worse, there was no known cure.

The plague was called “bubonic” because of the buboes, or swelled lymph nodes in the groin and armpits as symptoms from the disease. After which, black spots appeared on various body parts. Usually, people would die within 3 to 5 days without any other symptoms such as fever. Hence, the alternate name “Black Death” was also coined.

How did it spread?

Rats were thought to be the main reason for the Plague, but in reality, it was because of the rat flea, with the aid of black rats (adding more weight to the term Black Death) and unhygienic living conditions. There’s an order as to how it happened. The filth and trash of adjoining towns encouraged the rats to breed in large numbers. The unsanitary disposal of dead human bodies also contributed to an unhealthy environment, which spread the disease even more. 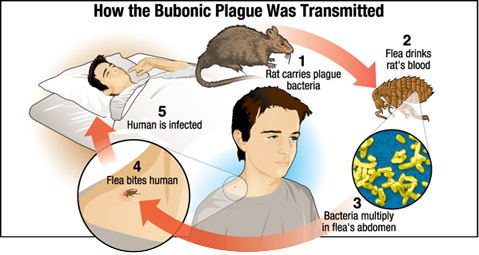 But the final nail in the Bubonic Plague coffin were the fleas that infested the mice. The fleas infected the vermin with the disease. Since black rats inhabited in areas where humans abounded, if the dead rats were within proximity, the fleas jumped onto them and began sucking their blood. Since vermin are known carriers of deadly diseases such as lymphocytic Choriomeningitis and rat-bite fever, the bacteria from the rats were transferred to humans by the fleas. 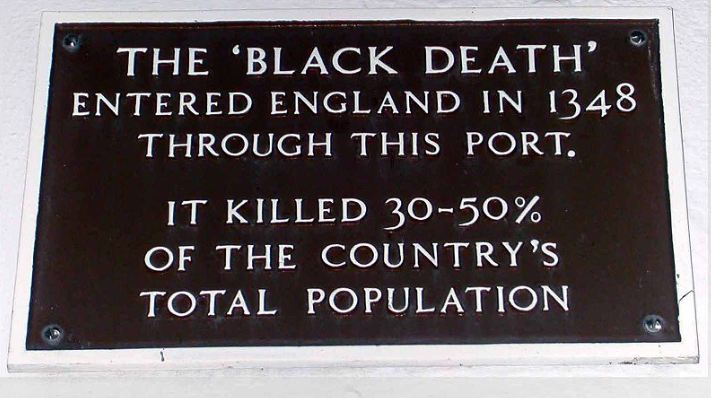 The rats that inhabited within human territory were also fond of ships. And that’s how the Plague spread. It hitchhiked with ships to other places of Europe and western Asia, spreading the Plague and, sadly, killing more people. In 1347, numerous Italian merchant ships loaded with merchants and crewmembers who have died of plague have docked in Sicily, which resulted for the widespread infection of the plague in the city. The plague continued on until 1353, when the epidemic ended. There were still traces of the disease, but once progressions in medicine happened, it became an obsolete sickness.

What saved the people from the plague?

In the later years, a number of studies have been conducted by great scientists in order to solve the mystery of the plague, and ultimately, to stop the epidemic. Among these studies included:

In the year 1894, the scientists, Alexandre Emile Jean Yersin and Shibasaburo Kitasato, went ahead to study the organisms found in the swollen lymph nodes, lungs, liver, blood, and spleen of those patients who died of plague separately. In order to confirm the findings they both found, they tried to use cultures from the patients’ samples to inject and infect a number of animals. This then, resulted to the death of the infected animals in a number of days. Yersin and Kitasato confirmed the cause of the plague due to the identical rod-shaped organisms that were found in both the samples of the plague patients and the infected animals’ organs.

During the ‘90s, the island of Formosa’s (currently known as Taiwan) people believed that dead rats contributes to the risk of the plague’s development in the country. With this, Paul-Louis Simond, a French physician and biologist, studied the fleas contribution to the transmission of the plague from rats to humans. It led to the conclusion that people only get infected by the plague given that they have made contact with recently dead rats. Furthermore, in an experiment where a healthy rat was separated from a recently killed plague-infected rat, died from plague after infected fleas transmitted the disease by moving from the dead rat to the healthy one. This confirmed Simond’s study that showed the rat-flea transmission of the disease which caused the plague.

Are there vaccines in order to avoid the plague?

Vaccines rose to save people from being infected of the plague in the late nineteenth century. Though its effectivity may not be 100% accurate, the vaccines still help reduce the incidence and severity of the disease especially those that were acquired from infected fleas. It was legalized for use in the United States and is made accessible for adults who are at higher risk of the plage. This includes those who resides in the Western region of the country, those who travels in the other parts of the world where the said disease may still be prevalent, and those people who are mostly around rodents, an instance of which are pest control experts.

However, the plague vaccines are not recommended to people who are hypersensitive to soya, casein, beef protein, or phenol. Given that there are common inflammatory reactions that may be severe for them.

Furthermore, the vaccines should come with proper maintenance in order to secure its effectivity and avoid the infection of the plague.

And there you have it, the worst pest infestation in human history, the Bubonic Plague. This may be horrible but it certainly is helpful for people nowadays in order to avoid such disease. As still, proper precautions can effectively counter the risks of the rat-flea transmitted disease.

We hope you learned something new today. If you have any more information about the Bubonic Plague to share, do so in the comments section below.